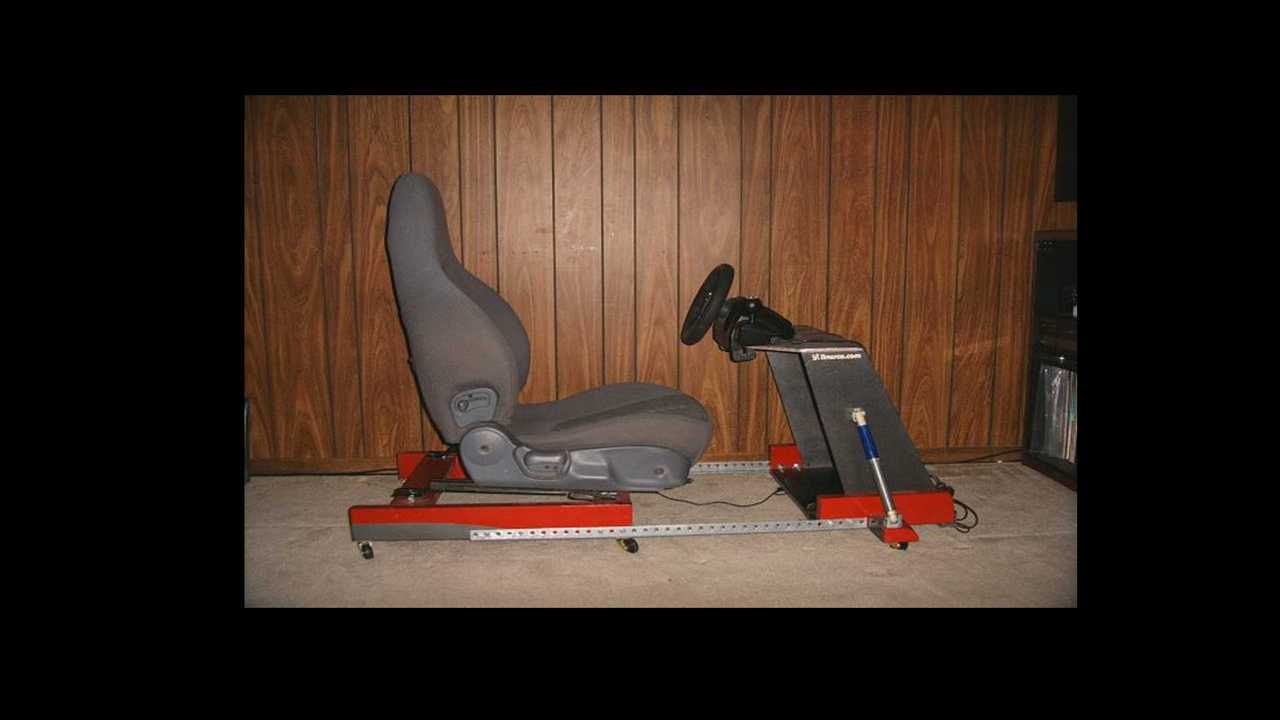 When Gran Turismo 4 debuted for the Playstation 2 back in 2004, I knew I needed a new rig. The Mk2 had been dead for several months before Mk3 came about, assembled late in 2004 and designed to be a modular setup that was easy to transport. The two sections were connected by angle steel, and it survived for five years with just a few modifications to fix the twisting frame. It wasn’t much to look at though, so it went away in 2009.