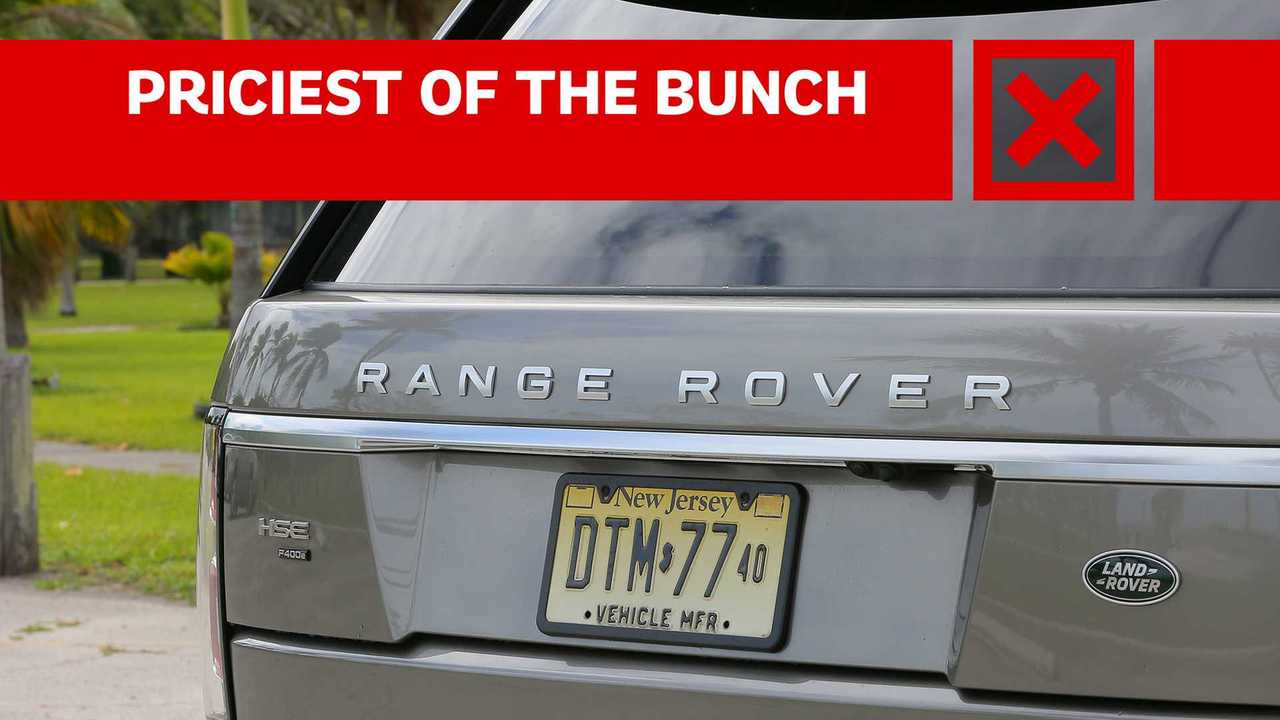 At $95,950, the Range Rover is quite a bit more expensive than either of its two main plug-in competitors, though it’s also a class above them both. Neither vehicle is a perfect eye-to-eye rival to the Range Rover, but for buyers considering a plug-in luxury SUV, the options are scant. The Lincoln Aviator Black Label Grand Touring starts at $87,800 and the Volvo XC90 T8 Plug-In is much cheaper at $73,300.

Of course, you can justify some of the premium with the Range Rover’s unmatched off-roading abilities, but not much beyond that. While the Range Rover has the nicest interior of the bunch, the Aviator boasts a fantastic, modern-looking cabin and the Volvo is arguably a step above that. There is a lot to like about the Range Rover, but for most, not enough to justify the extra money.

Within the Range Rover family, the plug-in is actually the most affordable engine at the HSE trim level, undercutting the inline-six-cylinder P400 by a few hundred dollars. Only the base Range Rover is cheaper, starting at $90,900.