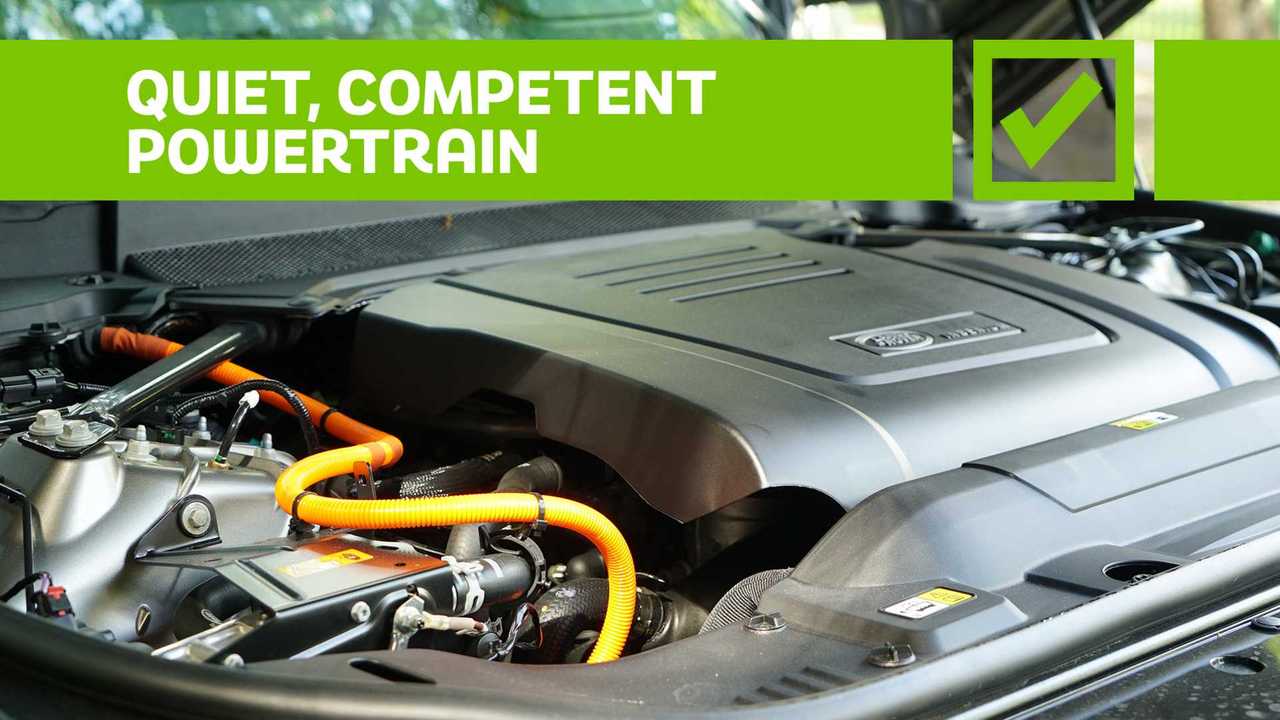 Regardless of what’s stuffed under the hood, a Range Rover’s powertrain has to have some degree of refinement. The biggest Range Rover has several engine options, including the base 3.0-liter inline-six cylinder, two high-horsepower versions of Jaguar Land Rover’s 5.0-liter V8, and 3.0-liter V6 diesel. Rather than using any of these options, the P400e instead relies on a 2.0-liter four-cylinder, supplemented by a 13 kWh battery and 141 horsepower electric motor. The whole system is good for 398 horsepower and a hearty 472 pound-feet of torque. Despite its two-pot disadvantage, the PHEV powertrain puts out 43 more hp and 107 lb-ft more than the six-cylinder.

It’s not just the power that’s impressive. Though the Range Rover offers fantastic torque-filled response, it’s the four-cylinder’s calm demeanor that we love the most. Below 3,000 rpm, you struggle to even hear the engine, and the switch from EV to gas power happens almost imperceptibly (although other Motor1.com staffers experienced less graceful changes). The Range Rover’s two V8 models are undoubtedly the most performance-oriented of the range. Here, the P400e’s low-end punch and smooth delivery put it closer in ability to the standard mild-hybrid inline-six and its 355 horsepower output. Though the hybrid tends to run out of steam higher up in the rev range and can get a bit buzzy sounding under heavy acceleration, it’s still a great (and more efficient) alternative to the six-cylinder.