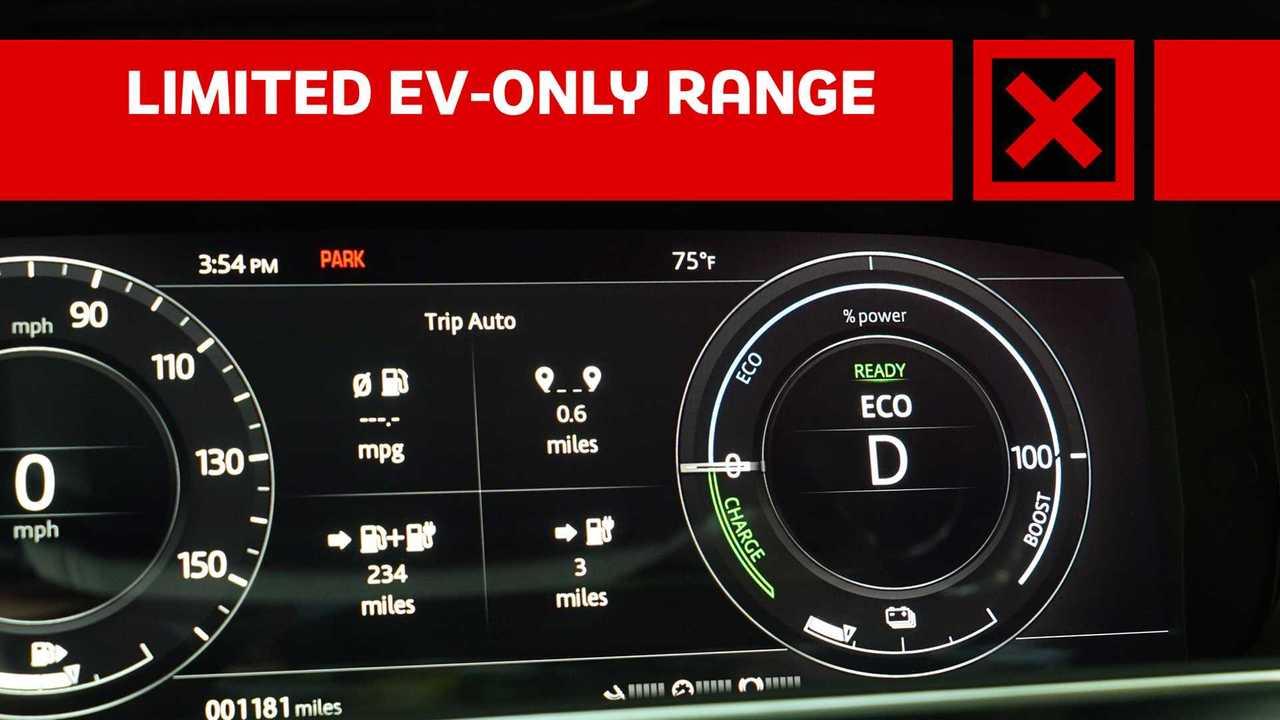 We’ll say it again: the EPA rates the Range Rover P400e at just19 miles of all-electric range. We topped off the batteries twice during our test, and each time achieved 16 miles in mixed city and highway conditions. So even on your best behavior, 19 is probably as good as it gets. Compared to the P400e’s main plug-in rivals, this figure falls short of the Lincoln Aviator Grand Touring’s 21 miles, and is only just better than the Volvo XC90 T8’s 18 miles.

The Range Rover’s figure isn’t bad within the context of its competitors, but the range isn’t significant enough to make the PHEV a no-brainer purchase. The plus side is the P400e’s combined 42 miles per gallon equivalent (when the batteries are full). This is a much better figure than the base Range Rover’s 21 mpg combined. That said, on gas alone, the plug-in Range Rover is the least efficient member of the family, at 19 combined mpg. The obvious takeaway here is that you have to plug in this car every day to squeeze any sort of value from it. If home charging isn’t available to you, then you should pass on the Range Rover PHEV.