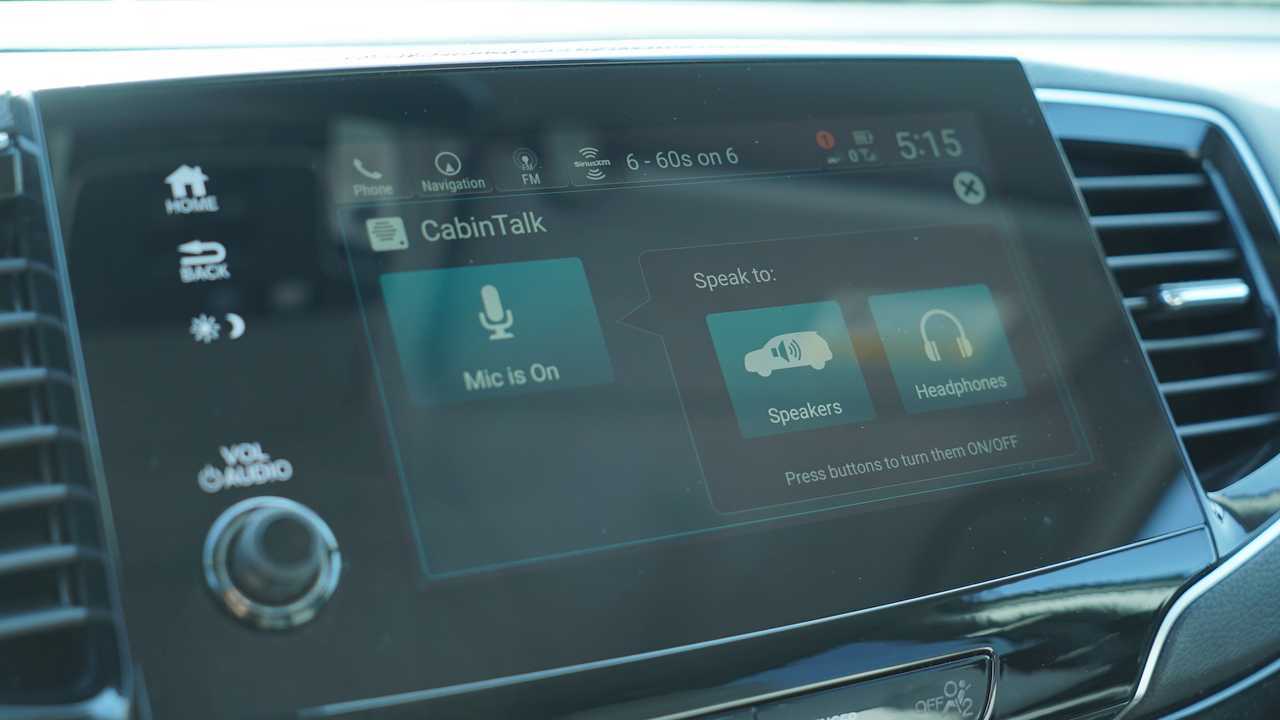 The Cabin Talk feature eases the communication process between the driver and front-seat passenger and those in the third row. In layman's terms, Cabin Talk is a built-in microphone that parents use to yell at their kids via the Pilot’s speakers. Though I never tested that specific application, Cabin Talk helped me direct various photo and video shoots, as the voice amplification system allowed me to work from the driver’s seat while allowing my commands to audibly make their way to camera operators or video producers resting their bottoms in the third-row seats or on the rear bumper. It’s a fun, somewhat kitschy feature that can be surprisingly helpful.