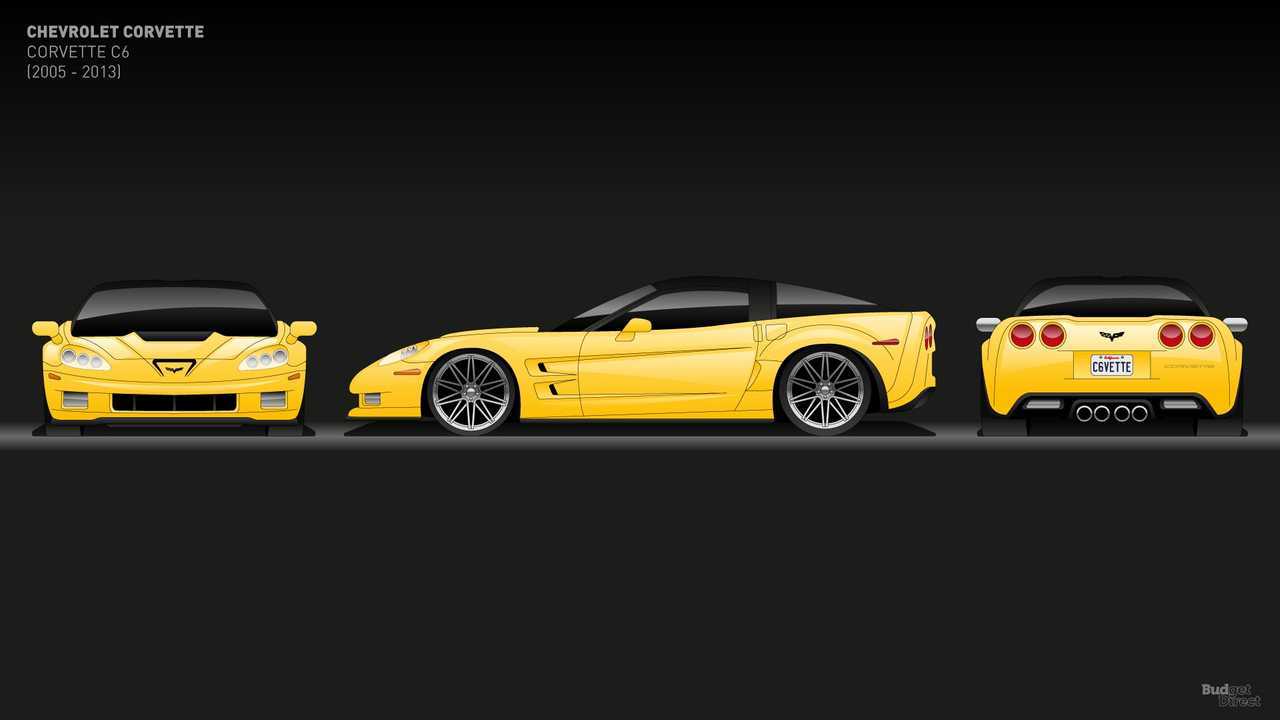 The first Corvette with exposed headlights since 1962, the C6 came with a roomier interior thanks to a stretched wheelbase even though overall the car was shorter than the C5. The Z06 wasn’t available in the first model year, but returned for the 2006MY with a 7.0-liter engine pushing out a massive 505 hp. The hotter version also had some weight-saving features, such as the aluminum frame shaving off a whopping 136 pounds (61 kilograms) over the regular steel frame.

The 2006MY also saw the introduction of a paddle-shift, six-speed automatic gearbox, while a year later the Corvette got its first-ever signed limited edition in the form of the Ron Fellows Championship Edition. The base engine of the 2008MY was a then-new 6.2-liter V8 packing 430 hp. For 2009, the 200-mph supercharged ZR1 arrived.

Chevrolet marked the return of the Grand Sport for the 2010MY when it also implemented side airbags as standard equipment across the range. A Z06 Carbon Limited Edition arrived the following model year, and a Centennial Edition with an assortment of cosmetic tweaks inside and out was earmarked for 2012MY to signal Chevy’s 100th anniversary. During its final year (2013MY), the C6 received a 60th Anniversary package and a 427 convertible model.