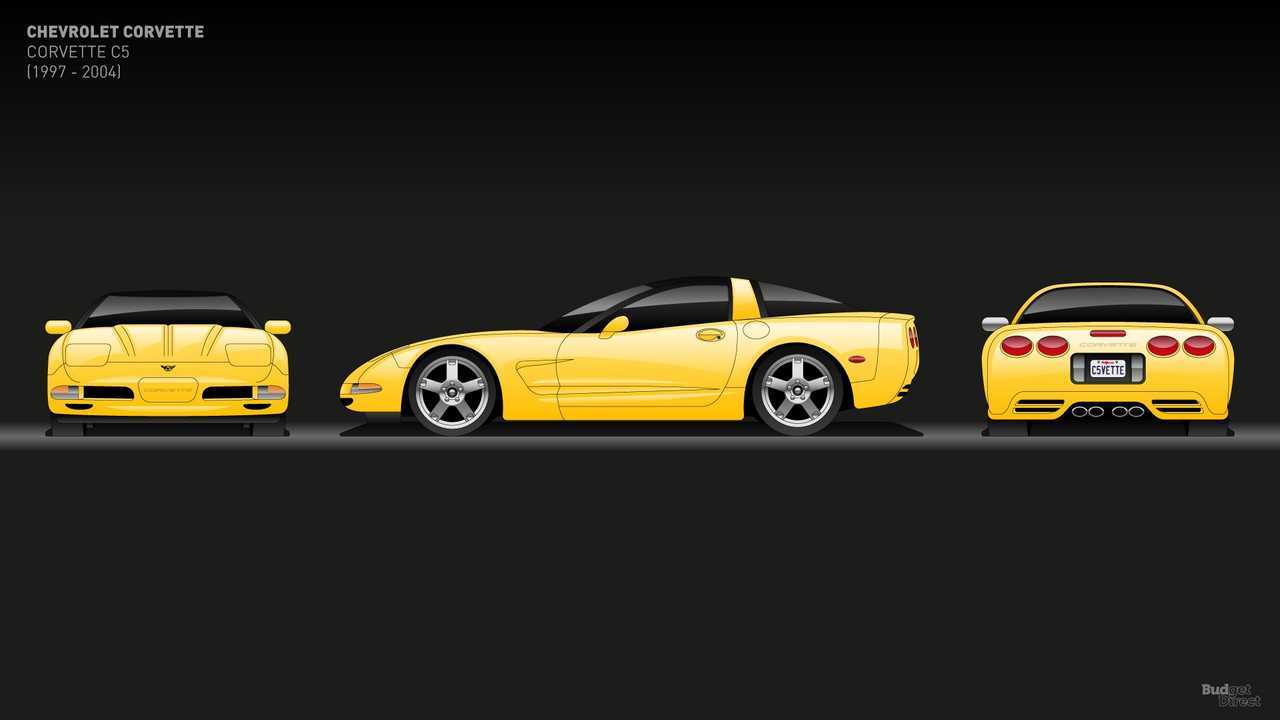 Massively reworked, the C5 combined a 345-hp LS1 aluminum-block V8 with a new frame. In its initial year, the fifth-generation Corvette was available strictly as a coupe, but the convertible was added to the range for the 1998 model year. Chevy boosted variety by launching a hardtop for the 1999MY, while 2001 saw the launch of the Z06 with 385 hp on tap from an LS6. Just a year later, power increased to 405 hp and all versions received Active Handling and Traction Control as standard.

2003 was the Corvette’s 50th anniversary, so obviously Chevy had to do something to mark the important milestone. A limited-run model was launched with a red paint, bespoke badges, and a model-reserved two-tone cabin. In addition, the anniversary model was fitted as standard with Magnetic Selective Ride. Before being retired, the C5 earned a carbon fiber hood in its final year, 2004MY.