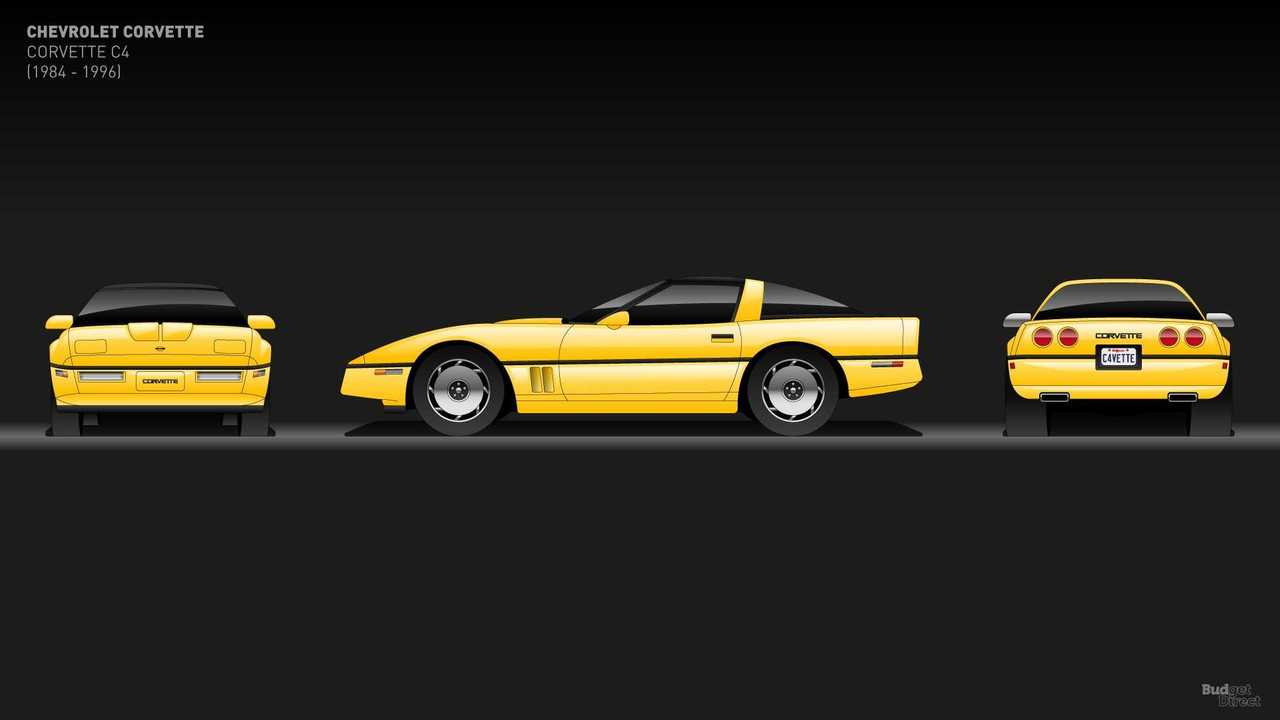 With a drag coefficient of 0.34 representing a 24-percent improvement over its predecessor, the C4 Corvette was considerably sleeker and came with a newly developed frame. In its initial year, Chevy offered the sports car with 205 hp, with a more powerful 230-hp 5.7-liter V8 introduced for the following model year. In 1986, the convertible returned to the lineup following a 10-year hiatus.

The 1987MY came along with a power bump to 240 hp and better handling thanks to an optional Z-52 suspension package. Those with a bigger thirst for power had the option of spending extra at some dealers to get a Callaway twin-turbo kit lifting output to 345 hp. Chevy rolled out a 35th Anniversary Edition for 1988 when it installed as standard equipment dual-piston brakes for the front axle. A six-speed manual gearbox was introduced in 1989.

1990 was an important year as it marked the launch of the ZR1, complete with 375 horsepower coming from a 5.7-liter V8 engine. Also that year, an airbag for the driver became standard. Until its retirement in 1996, the C4 was refreshed for the 1991MY, got a 300-hp small-block V8 for 1992MY, and earned a Ruby Red-painted special edition in 1993 to signal 40 years of Corvettes. Also that model year, the ZR1 blossomed to 405 hp. In its final year, the C4 spawned not only a Collector’s Edition, but also a Grand Sport derivative.