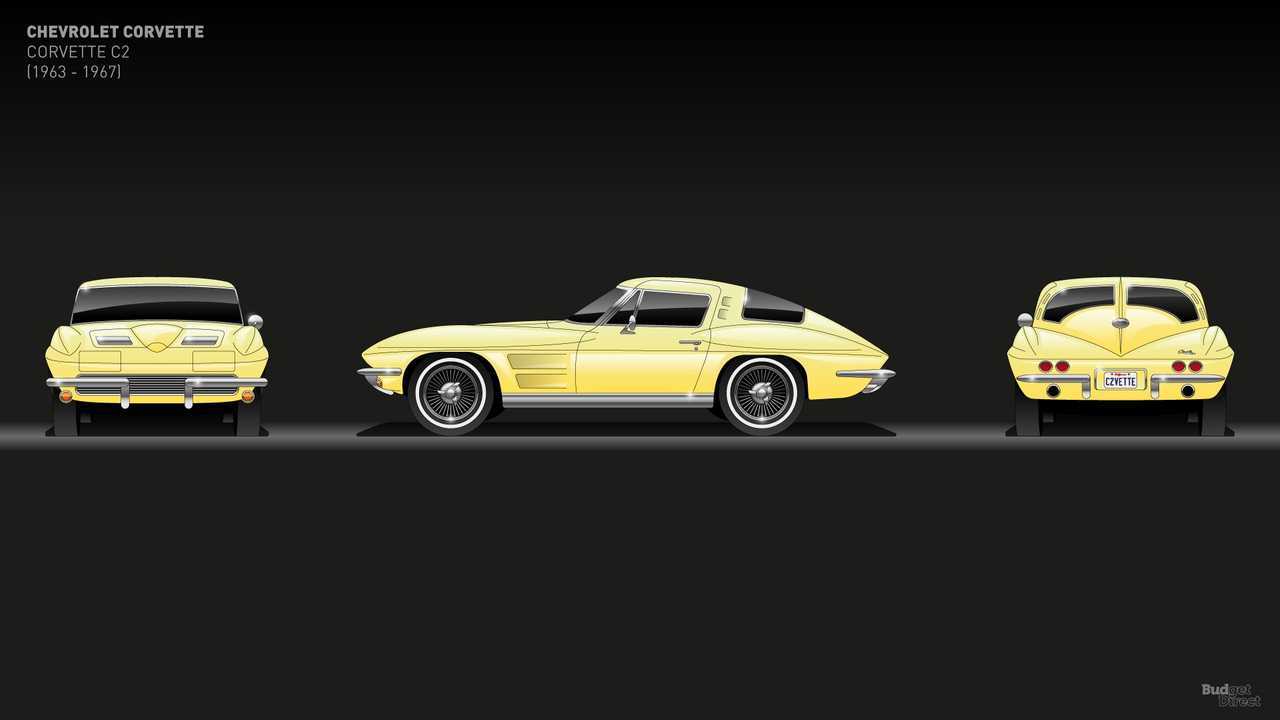 The second generation launched in 1963 offered some notable upgrades over its predecessor, including an independent rear suspension, electronic ignition, and the availability of a Z06 performance pack. The famous split-window configuration was available for only a model year, while the hidden headlights gave it a special look.

Fast forward to 1965, a big block V8 engine was introduced, along with standard disc brakes for all four wheels. A year later, output grew to 425 horsepower and the list of standard goodies expanded to include Holley carburetors that had been offered only on select models prior to 1966.

For its final year on the market, the C2 got 430 hp generated by the L88 engine whereas the L71 unit received aluminum cylinder heads.