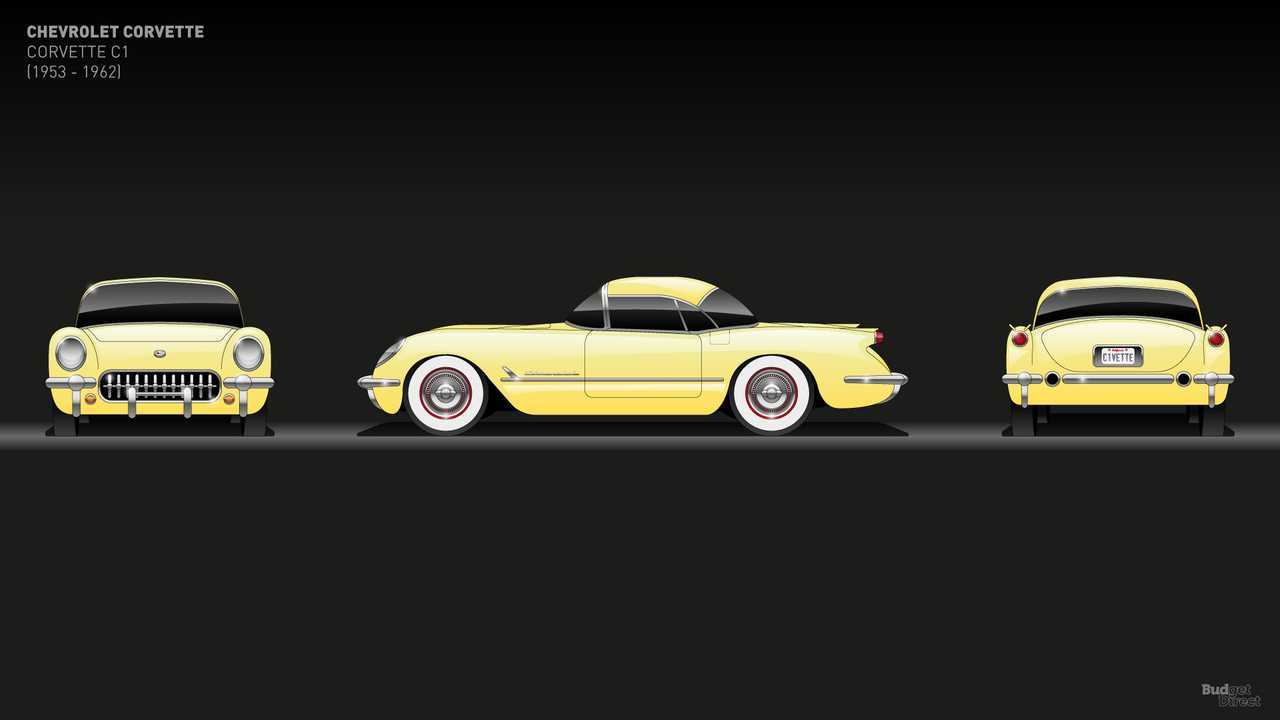 For the 1953 GM Motorama, Chevrolet took the wraps off the original C1 on January 17. The “EX-122” show car was named “Corvette” after a small warship and debuted at New York’s Waldorf Astoria hotel. Later the same year, at the end of June, production kicked off at the factory in Michigan in a limited series of 300 examples.

At the beginning of 1954, GM’s St. Louis plant in Missouri started assembly of the Corvette and upgraded the inline-six engine from the original 150 horsepower to 155 hp. A year later, a larger V8 was added to the range, along with the option of a three-speed manual gearbox. The model went on to evolve in 1956 with the addition of a removable hardtop and exposed headlights, while seatbelts were introduced as an option installed by the dealer.

1957 saw the introduction of a four-speed manual and a bigger V8 benefitting from fuel injection and producing as much as 283 hp. As the years went by, the C1 went through some cosmetic tweaks along with gaining a further enlarged 5.4-liter engine for the final model year, 1962.