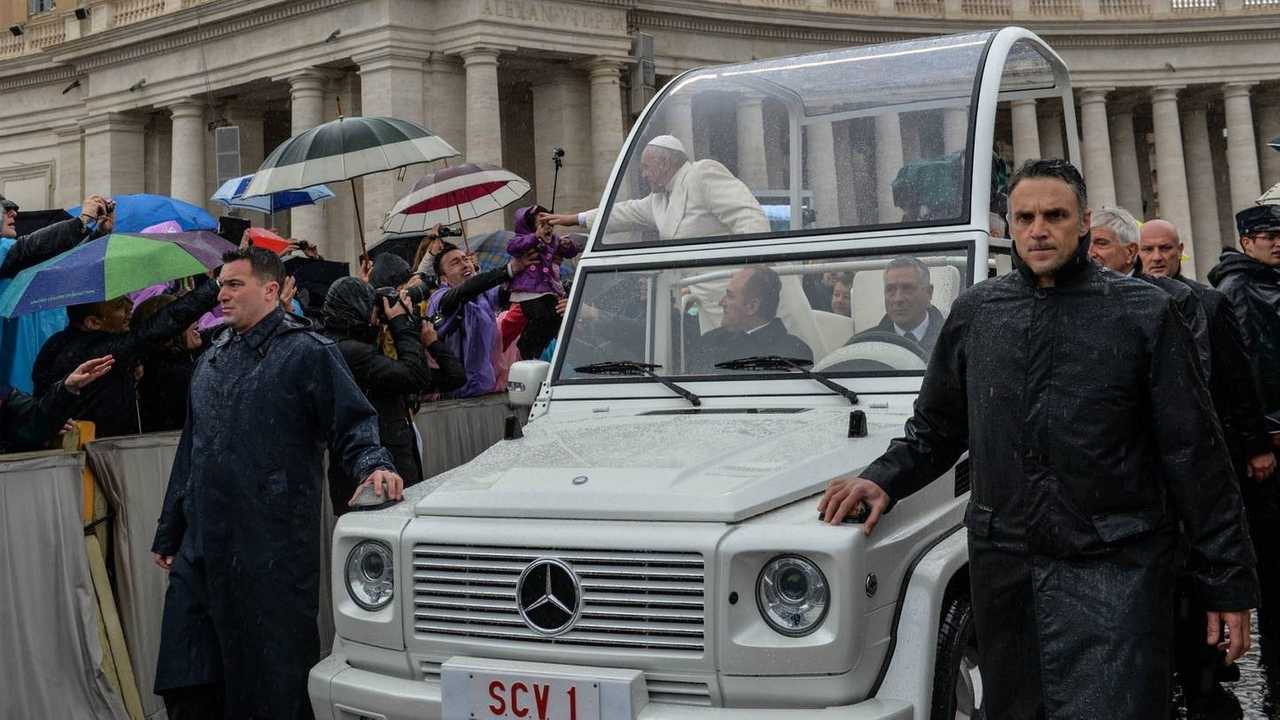 Pope Francis didn’t clean out the garage when he arrived at the papacy. When he first arrived, he used a VW Phaeton without official badges for institutional meetings. That was replaced with second-generation Ford Focus.

You can’t mention the Pope without talking about the popemobile. There are two armored Mercedes-Benz vehicles – a G500, in service since 2007, and an M500 that came to the papacy in 2012. Sometimes, the Pope travels with these vehicles, carrying them on special planes. When the Pope travels to countries without his official car, he uses a local armored vehicle inspected by a specific department of the Swiss Guard.