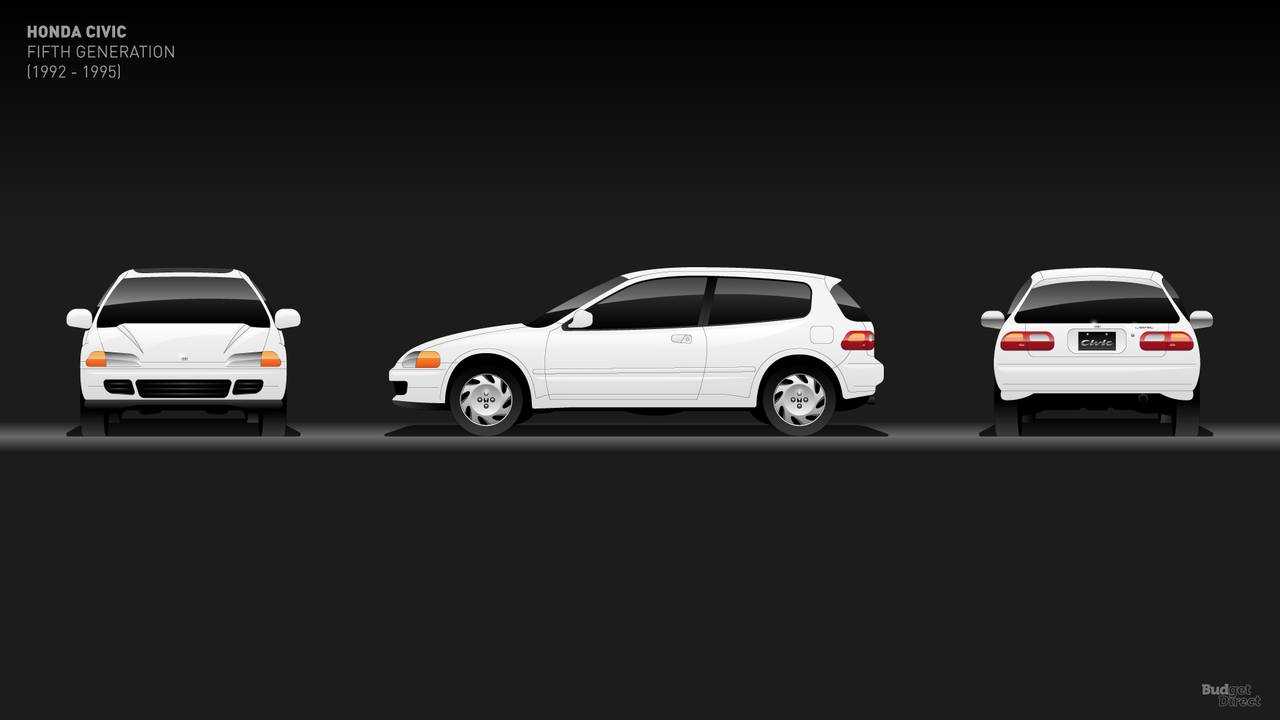 The fifth-gen Civic, which graced the market from 1992 to 1995, was the most dramatically updated generation of the bunch. It ditched most of its signature boxy styling in place of a smoother look. This new Civic was now much larger than most of its predecessors, and had an EPA rating of 48 miles per gallon in the city, and 55 combined. The fifth-gen Civic also cemented the Civic’s place as a tuning legend.