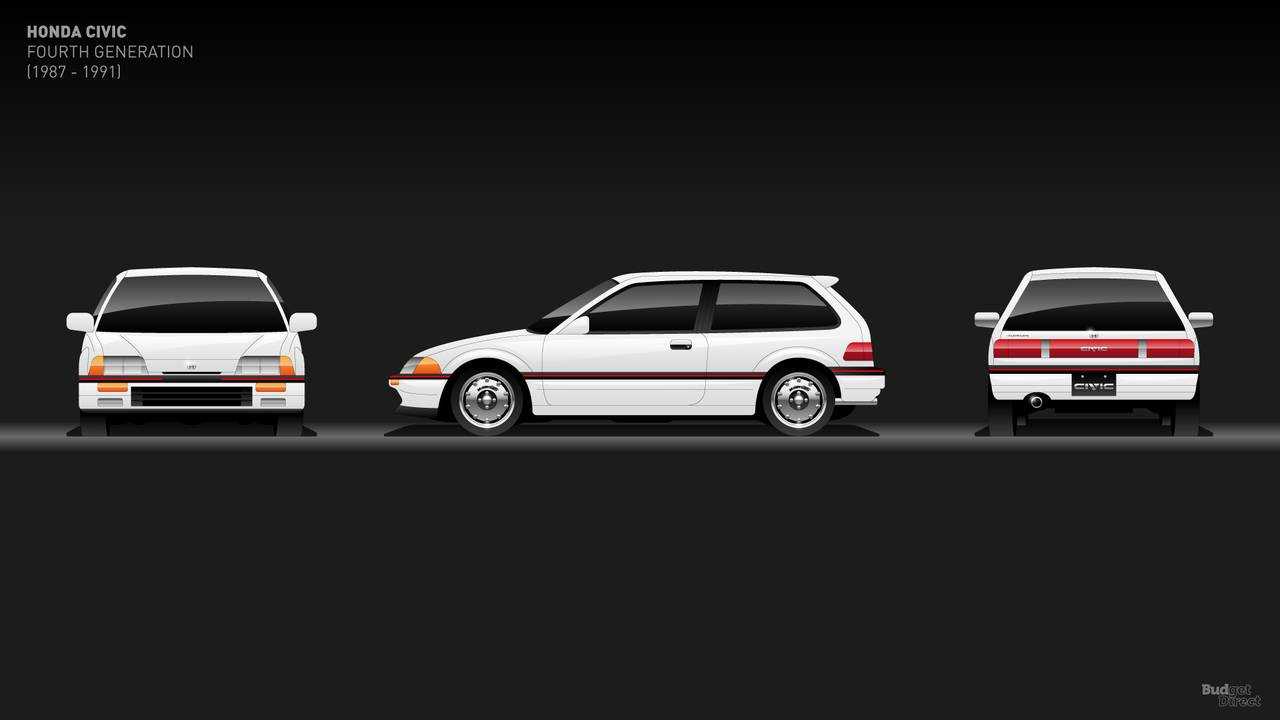 In 1987, Honda wholly redesigned the Civic. It still had some of the same boxy cues of previous generations, but now it came in four different trims, including the CRX, HF, DX, and Si models. The fourth-generation Civic’s engine now featured electronic fuel injection, and the car was assembled at Honda’s stateside facility in Central Ohio.