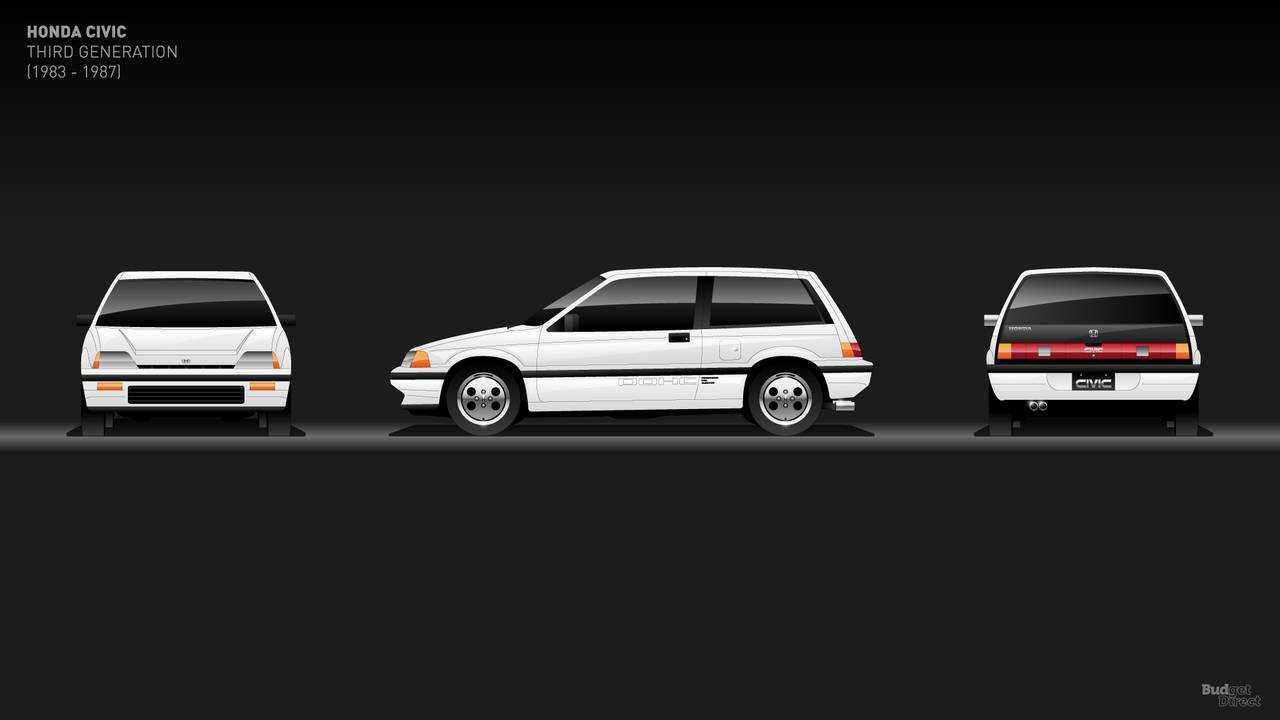 By the mid ‘80s, the Honda Civic had transformed from niche to mainstream. The five-door hatchback and wagon models merged into a single four-door “shuttle wagon,” or “wagovan,” and the wheelbase grew by five inches over the previous generation. Now standard was a 1.5-liter four-cylinder engine, except on the three-door, which still used the same old 1.3 from the second-gen model. The third-gen model was also the first to offer an Si trim.