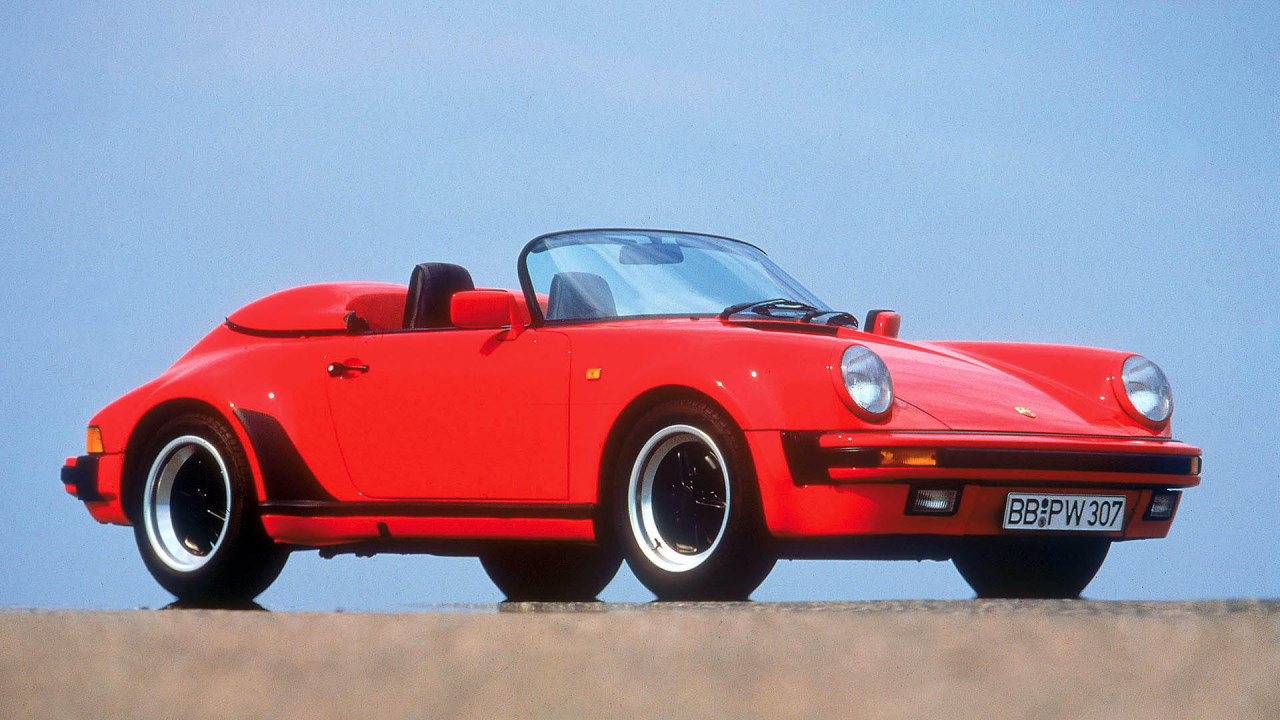 Porsche waited until the 1989 model year to revive the Speedster moniker. At this point, the 356 was decades into its retirement, so the name went on the 911.

The company incorporated a more steeply raked windshield onto the standard Carrera. At the back, humped tonneau cover gave the special edition a much different silhouette than the standard 911 Cabriolet.

Mechanically, these cars were identical to the 911 Carrera of the time with a 3.2-liter flat-six engine producing 214 horsepower (159 kilowatts) and running through a five-speed manual.