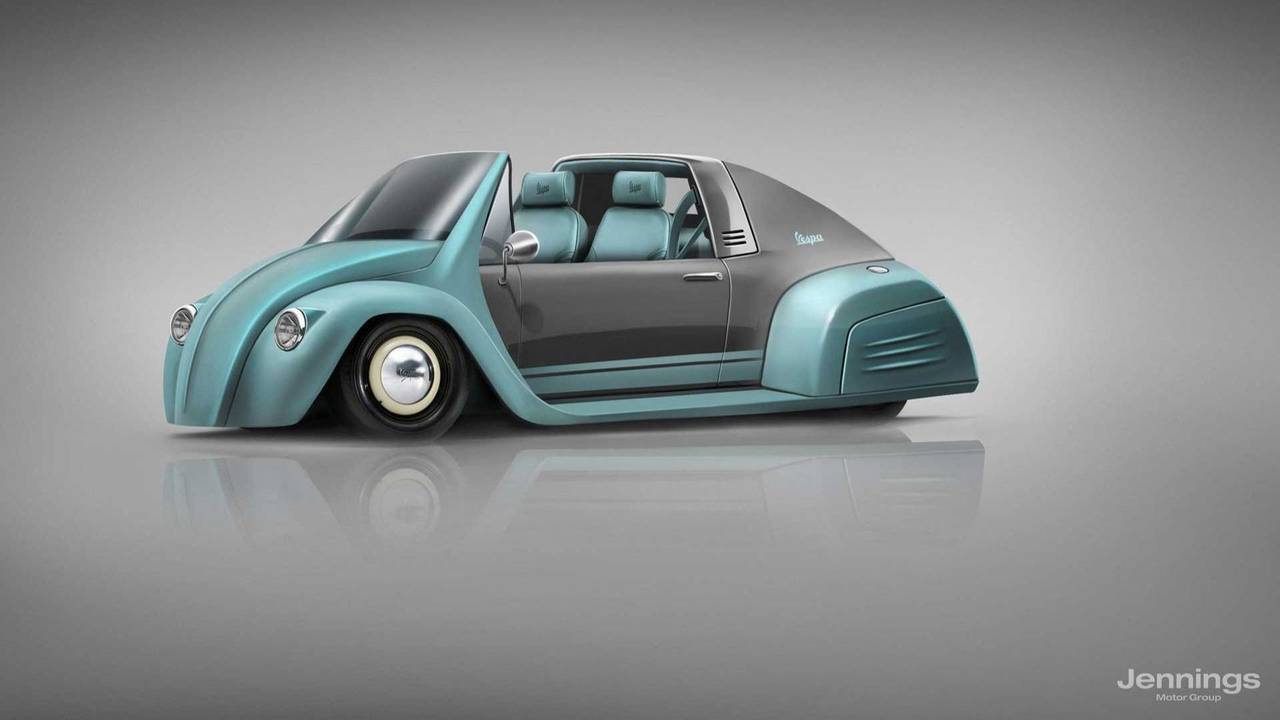 Did you know that Vespa actually made a car? Sort-of at least; it was a microcar built by a French company in the late 1950s, but design input came from Piaggio – the same company that made Vespa scooters. So like the Triumph, we actually already know what a Vespa car looks like, and it’s not this. There’s no denying some cute factor to the scooter-inspired rear on this rendering, but what’s up with the Volkswagen Beetle front end?