Another Apple Car design, this time from 2076 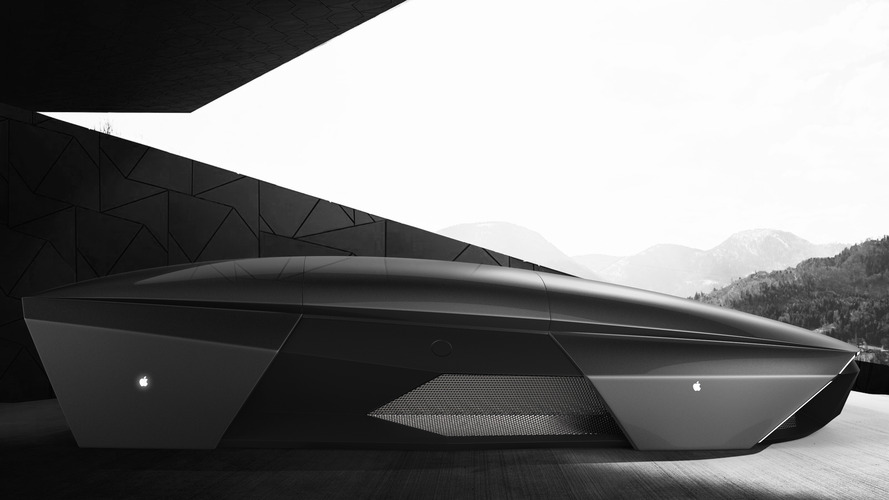 It's hard enough to know what the Apple car might look like in a few years, but this designer renders a concept version from 2076.

We still know very little about Apple’s automotive program, but designer Ali Cam from Istanbul, Turkey, is taking a unique tactic at considering what the vehicle might look like. Rather than imagine the design for the possible debut in a few years, Cam casts his mind 60 years into the future for a rendering of the 2076 Apple Car.

Apple would be celebrating its centennial in 2076, and the tech giant would need a vehicle that would grab as much attention as the iPhone. Cam believes Apple’s design philosophy would become even more minimalist over the next six decades. He foresees the firm moving to sharper edges in 2026 and iterating on that aesthetic for years afterward.

Cam’s 2076 Apple Car has a deceiving simplicity. In profile, the coupe is just a sharp wedge, and the front end looks like a computer mouse. However, Cam hides some impressive details in the minimal shape. The doors open in two sections: a barely visible part in the smooth top moves upward like a gullwing, and a reverse-hinged piece in the body swings out like Rolls-Royce Wraith. Rather than door handles, a person simply touches the door, and a system scans whether it’s the owner.

There’s no need to drive anywhere 60 years from now, so a traditional cabin is no longer necessary. Instead, the 2076 Apple Car would have an interior lounge with couches at the front and rear of the vehicle. In the middle, a holographic display would let occupants pick out of thin air the apps that they want to run. The arching roof on the outside is smart glass inside, which allows for a completely immersive digital display.

This design doesn’t have wheels. Instead, Cam imagines a future where the road is magnetic. By mounting magnets with the opposite poles on the vehicles, the repulsion could move it along. Changing the on-board units’ inclination towards the road would allow for acceleration, deceleration, and steering.

After so many rumors, it’s fun to put everything together and imagine what the Apple Car might look – like Motor1’s take on the vehicle. Cam’s idea to look 60 years in the future is especially whimsical because everything is speculative at that point.