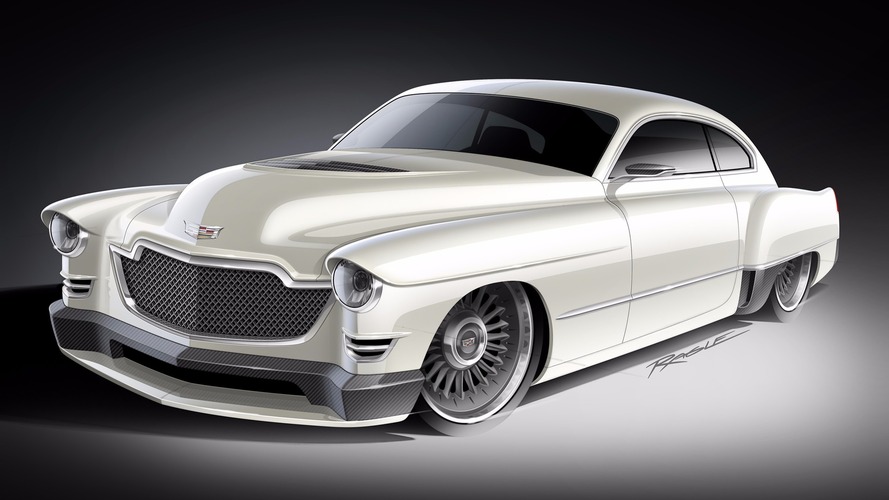 The custom car builders are showing a Cadillac, Camaro, and Mustang. Plus a 900 hp Winnebago.

Custom car builder Ringbrothers’ unique blend of modern detailing on classic cars has created a storm at the SEMA show over the last few years. Not least with its amazing reinterpretation of the De Tomaso Pantera.  For 2016, the Wisconsin-based company will unveil three new builds that could set the bar even higher.

The wraps will first be taken off a 1948 Cadillac Series V fastback named “Madam V”. Ringbrothers calls it “a monumental feat of engineering” that utilized not one, but two 2016 Cadillac ATS-Vs. The mind boggles at what that might mean. The rendering below shows a modern, mesh grille, smoothed surfaces, and what appears to be a viewing window in the hood. The car will be on display in muffler specialist Flowmaster’s booth.

Over at the Royal Purple booth, meanwhile, a 1969 Chevrolet Camaro named “G-Code” will be on show. It’s only the second ‘69 Camaro Ringbrothers has built, and features “thoroughly reworked” lines with aerodynamic add-ons. Power comes from a GM LS3 V8 with a Whipple supercharged, making it “by far the fastest and most powerful” Chevy that has emerged from the Spring Green ‘shop.

Lastly, Ringbrothers themselves will show their first Mustang Convertible in their first SEMA booth. Named “Ballistic”, the car features a widebody conversion which took “countless hours” to perfect and finish in a custom shade of blue, dubbed “Blu by U”. Under the hood lives a 5.8-liter, supercharged V8 taken from a late model Mustang GT500.

There’ll be something completely different on the Prestone Coolants booth, too: a 900 horsepower (671 kilowatts) Winnebago. Christened “Happy Camper”, it features a part-finished interior inspired by World War Two bombers and a tikki lounge. And 900 hp! The Rings claim it’s the fastest RV in the world. Justifiably.

Jim Ring said: “SEMA is such a big deal for us every year. We love having the chance to show the world all the hard work we put into these projects all year long and it’s great to see all of our friends and fans.”

“We’re excited to debut these three new cars at the show,” Mike Ring added, “and we know everyone at the show will get a real kick out of the Winnebago. It’s going to be a great week.”