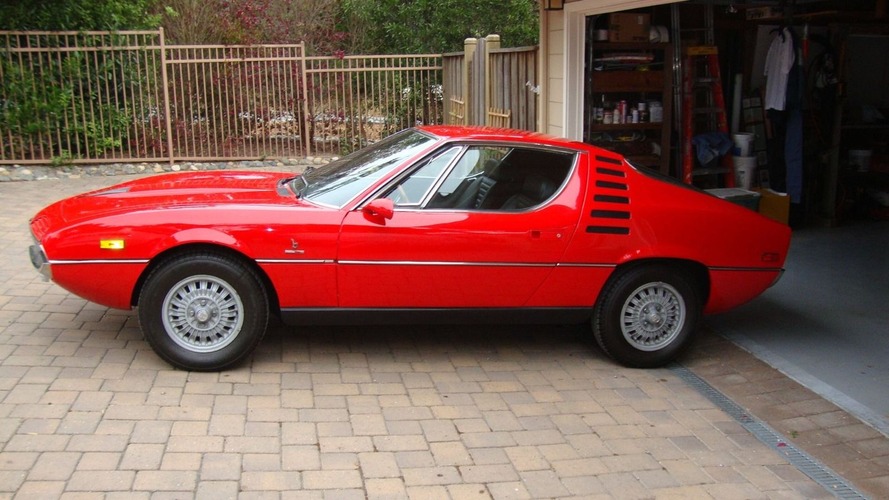 The Alfa Romeo Montreal is quickly becoming a collector’s item, and this one isn't cheap.

The initial success of the 4C and the upcoming arrival of the sultry Guilia Quadrifoglio sports sedan has a lot of people excited for the revival of the Alfa Romeo brand in the United States. But for those of us less concerned with the future of the FCA subsidiary, we can always look to the past for comfort.

A prime example of that heritage being this achingly beautiful 1971 Alfa Romeo Montreal. It’s for sale on eBay, wearing its original red paint and factory wheels, and hoping to get in the hands of the right collector.

The Montreal was introduced as an unnamed concept at Expo 67 in Montreal, Canada, where it then received its nickname “The Montreal.” The 2+2 sports coupe was destined to take on the likes of Maserati, Aston Martin, and others.

The design was penned by Marcello Gandini at Bertone, and similar to the Bora and DBS, used a style almost entirely specific to the early 1970s. The headlamps sat underneath the hood, and were hidden by a pair of louver-like grilles that would retract to expose the fixtures when turned on. The duct on the hood was used purely for aesthetics - mostly to hide that unsightly “power bulge” on the hood.

Ironically, none of them were ever sold in Montreal, nor the entirety of North America due to emission control requirements. But lucky for those with deep pockets, a pristine example showed up in the States with just 70,000 miles on the odometer.

The car is in running and driving condition, and features a completely refreshed interior. It was imported into the U.S. and upgraded in the 1980s, and has seen a few buyers come and go since then.