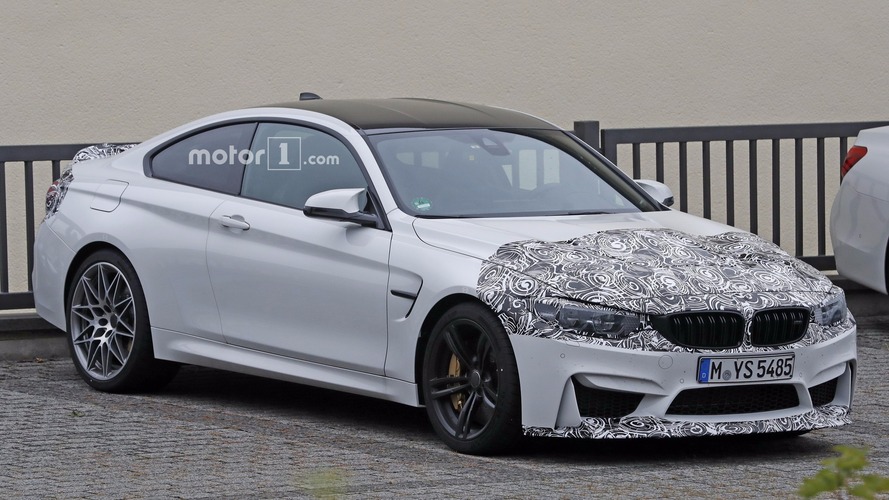 The BMW M4 is getting ready to receive its Life Cycle Impulse, and by the looks of it, the refresh will bring along a spicy model.

Remember the M4 prototype with mismatched wheels from last week? It’s back. In addition, the attached batch of spy images is also showing a lightly camouflaged prototype of the regular M4 LCI finished in red. The latter will have just about the same array of updates introduced more than a year ago with the facelifted M3 Sedan, so we are not holding our breath for any major changes since the refresh will only bring subtle design tweaks both inside and out.

As for the white prototype, it’s likely a sign of a hotter model that might end up as a special edition in the same vein as the Spain-only M4 Competition Sport. Much like with the previous spy shots with the very same test vehicle, we are able to notice what seem to be different taillights that might employ an OLED setup borrowed from the sold-out M4 GTS.

Here is a comparison between the two prototypes.

Riding on 19-inch front and 20-inch rear wheels, the spicy prototype was also rocking the M Performance rear spoiler made from carbon fiber that will likely come as standard equipment. It won’t be as hardcore as the aforementioned GTS since we are able to spot the prototype had rear seats, so the special model won’t take advantage of the full 80-kg (176-lbs) diet the GTS brought over the standard car.

While the regular M4 will continue to pack 425 horsepower (317 kilowatts) and 406 pound-feet (550 newton-meters) from its turbocharged 3.0-liter inline-six engine, the new derivative will likely have more. The CS launched by BMW Spain was not blessed with the 500-hp GTS’ water injection system, but even so it did manage to up the power ante by 25 hp for a grand total of 450 hp. Expect the new derivative based on the M4 facelift to have a similar output to bridge the gap between the standard car and the hardcore, two-seater model.

Another look at the differences between the two test vehicles.

We will have to wait a few months for the M4 LCI’s debut since BMW is now busy with the world premiere of the all-new 5 Series Sedan. The 4 Series Coupe refresh is expected to occur at the beginning of 2017, with sales to kick off in March. Hopefully, this time around the new upgraded M4 Coupe will be available in all countries and won’t be restricted to a particular market as it was the case with the CS.