Analysis: When having the fastest car just isn’t good enough 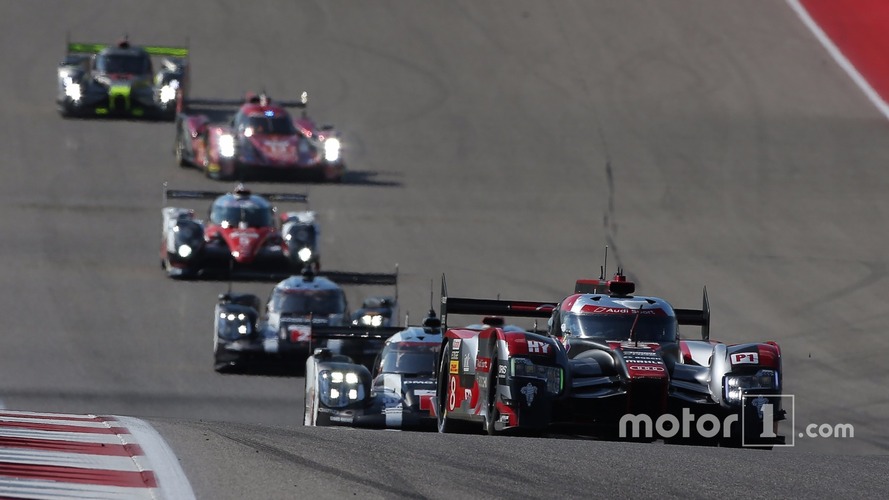 Porsche 5-1 Audi. This year’s FIA World Endurance Championship looks like a drubbing, but in fact those statistics don’t reveal half the story. Charles Bradley tells you what else you need to know about Audi versus Porsche in 2016.

“Why do you keep giving race wins away?” Toyota’s Anthony Davidson is in jocular mood as he verbally trolls Audi ambassador Allan McNish – a fellow former world champion – in the aftermath of the 6 Hours of COTA, the second FIA World Endurance Championship race in a row in which Porsche has snatched victory from Audi’s grasp.

“Why can’t you finish better than fifth?” the quick-witted McNish fires back, which receives a middle finger from the similarly-diminutive Englishman as he scuttles away. It’s the sort of banter that’s sorely missing from F1 – I can only recall the Lewis Hamilton/Sebastian Vettel 'seagull incident' in Montreal for any display of repartee this year.

But many true words are spoken in jest. The fact remains that Audi had the pace and ability to win the sixth round of the WEC, turning its qualifying front-row lockout into a dominant 1-2 until the sun went down.

The #8 R18 suffered an electrical shutdown in Loic Duval’s hands, and then the Audi’s requirement for an extra pitstop haunted it, as the longer-running Porsche was able to pit under full-course yellow as opposed to Audi’s enforced green-flag stop.

That put the #1 Porsche out front, where it stayed, as the #7 crashed giving frantic chase and the #8 could only recover to second after being forced to pit twice in two laps to have the driver’s door closed properly.

“The setbacks hit us hard”

After the race, Audi was very honest in its admission that it only had itself to blame.

“It’s hard to believe how much can go wrong in the course of a six-hour race,” said Audi’s motorsport boss Dr Wolfgang Ullrich. “We were fast in all sessions and in the race nobody drove any faster lap times than us.

“The setbacks hit us hard because today a 1-2 would have been possible. In this light, second place is cold comfort.”

Nowhere was that more apparent than at the entrance to the media centre after Saturday’s night’s race. My target was to get a Mark Webber one-on-one interview, before the press conference, and while he was buzzing over victory (as you can see in the video below), before he arrived Audi’s Lucas di Grassi and Oliver Jarvis trudged in.

Lucas muttered “I can’t believe we lost another win” – while Olly’s face was pure thunder as he stormed past with Audi’s communications queen Eva-Maria Vieth.

Why is Audi wobbling?

It’s been a true rollercoaster for Audi in WEC, with the normally unshakable Joest Racing squad wobbling off the tightrope more than once – perhaps a legacy of some staffing changes over the winter. At Silverstone, it shocked everyone with an on-the-road victory that was then swept away just about on the stroke of midnight by exclusion over its winning car’s rideheight being too low.

Then Audi inherited victory at Spa, a true race of attrition – but a deserved win, nonetheless. Le Mans was a disaster, by its lofty standards anyway, while Nurburgring, Mexico and now Austin have all gone the way of Porsche.

And yet, the R18 has been getting stronger and stronger. It is now a true match for Porsche’s 919 Hybrid on single-lap pace, and you can argue – when the car is within its tire-performance window – it’s downright faster.

But Audi keeps tripping over its own feet in the races, and remains plagued by debris affecting its complex front aerodynamics and suspension systems, which makes it prone to ‘switching off’ its front tires, causing massive understeer. It’s fast but still fragile – but that’s what you get when you opt for a radical design, which Audi gambled on.

The nature of these WEC LMP1 rocketships means that there’s quite some fluctuation from circuit to circuit – Toyota’s whole aero ethos is low-downforce, for example, which is why it flew at Le Mans but not at the Nurburgring.

So what happens next?

And after musing over the disappointment with McNish on Saturday night, talk quickly turned to optimism over what’s ahead. Sure, Toyota will be more of a threat in Fuji with its low-drag/strong mechanical grip setup, but Audi and Porsche should be closely matched once more there.

In the points tables, it’s that same old one-sided story: Porsche ahead by 53 in the manufacturers’ standings and the #2 squad 37.5s ahead of Audi's #8 – which lost a heap of ground in Mexico due to a wheel-bearing failure. When combined with Austin, that 5-1 winning scoreline could be 3-3 now.

Nobody at Audi is giving up the fight just yet. But while there are more battles to be fought, you can’t help thinking the #2 Porsche – with its inherited Silverstone victory and Le Mans 24 Hours double-points win – has already won the war.

Don't miss our Inside WEC report from COTA...