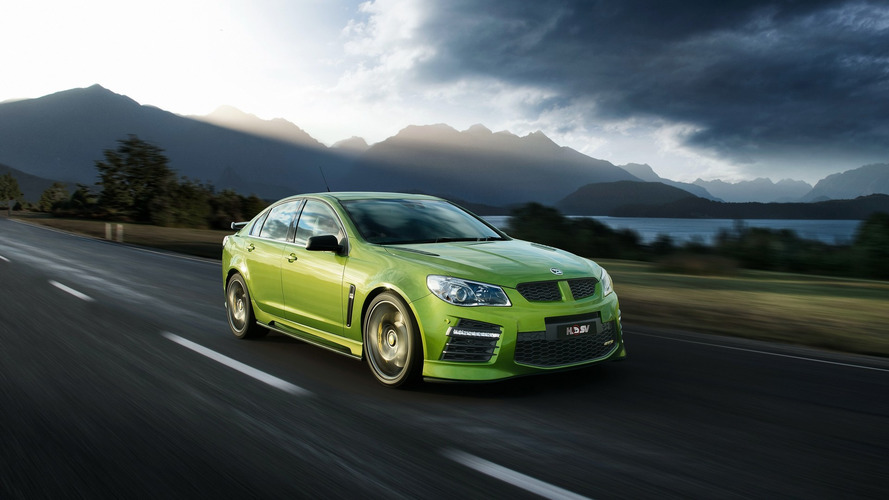 Australia’s Holden Special Vehicles will allegedly give the Holden Commodore a glorious farewell by cramming the engine bay with the 638-horsepower (476-kilowatt) 6.2-liter supercharged V8 from the previous Chevrolet Corvette ZR1. According to Motoring’s insider sources, the limited-edition model will be called the GTS-R W1 and will arrive in the second quarter of 2017. Rumors about the GTS-R popped up last year when HSV trademarked the name.

HSV is still developing the W1, and the supercharged V8 could make more or less power after homologation. The output should still be enough to make the vehicle the quickest Australian-built model ever on sale because acceleration to 62 miles per hour (100 kilometers per hour) might happen in as little as four seconds. All of them would use a Tremec six-speed manual gearbox.

The W1 would also play up its Australian heritage by getting bespoke adaptive dampers from the company Supashock, which is from there. Upgraded brakes and an aggressive body kit would complete the transformation.

As a special farewell to the Aussie-built Commodore, the W1 would have a special build process too. HSV would take vehicles off Holden’s assembly line, and then ship them into the company’s shop for the upgrades. The firm would limit production to just 250 units, and they would sell for over 170,000 Australian dollars ($129,700).

Buyers who can’t afford the W1 or don’t get in line quickly enough can still look forward to the standard GTS-R. According to Motoring, it uses a version of GM’s 6.2-liter supercharged LSA V8. The exact output isn’t yet clear, but the figures should top the current GTS that makes 577 hp (430 kW) and 538 lb-ft (730 Nm) from the same engine. Buyer’s would also get the W1’s bigger brakes but would have to accept a magnetic ride control suspension, rather than the Supashock setup. That’s a small compromise because the magnetorheological dampers are fantastic.