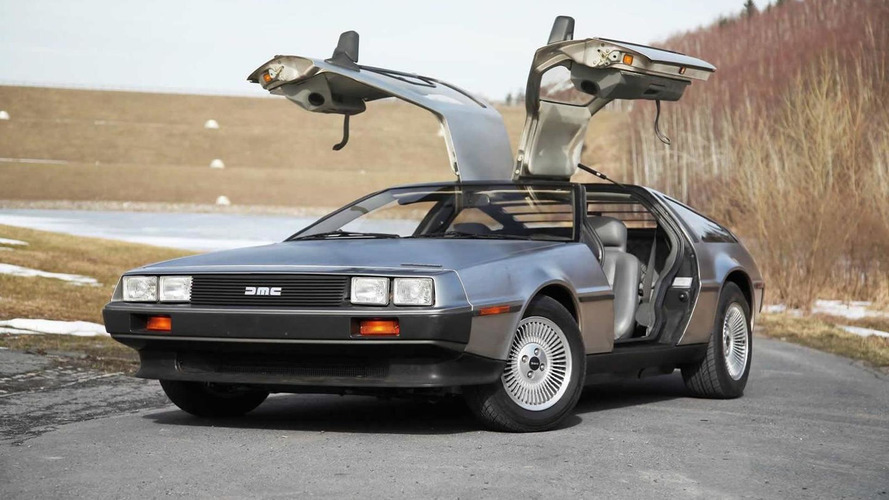 The owner insists he wasn't trying to time travel.

In what must be one of the greatest coincidences in motoring history, a British DeLorean owner has been caught speeding at 88 miles-per-hour (142 kilometers-per-hour). Exactly the same speed that the DeLorean time machine in the film Back to the Future had to reach to travel through time.

According to The Guardian, the owner, 55-year old Nigel Mills, was arrested after being caught speeding on the A12 near Margaretting in Essex, England. That particular stretch of road has a posted speed limit of 70 mph (113 km/h).

Mills denied he was trying to emulate the antics of the film. “I wasn’t trying to time travel,” he said, adding that he only takes the car out a few times a year. “It was 11am on Sunday and the road was completely clear.”

The DeLorean cost Mills £22,000 ($28,500). He explained he was “a car fan and me and the rest of my family enjoyed the Back to the Future films. When I’m out in it a few people recognize it, they slow down and take pictures - drivers take pictures out of their windows or try to film you, and I get approached at petrol [gas] stations.”

Despite its space age styling and rear-engined layout, the DeLorean DMC-12 was not actually that sporty. Its 2.8-liter, V6 Douvrin engine could only muster 130 horsepower (97 kilowatts) so, even with a relatively light curb weight of 2712 pounds (1230 kilograms), the 0 to 60 miles-per-hour sprint took a lethargic 9.6 seconds. And more than ten seconds with the optional automatic gearbox. Mills, then, will have needed quite a long run-up to reach 88.

Mills was arrested and appeared before Chelmsford Magistrates Court. But the case was dismissed as the two arresting officers failed to turn up. An escape as lucky as any Marty McFly made from Biff Tannen and his various relatives in the films.