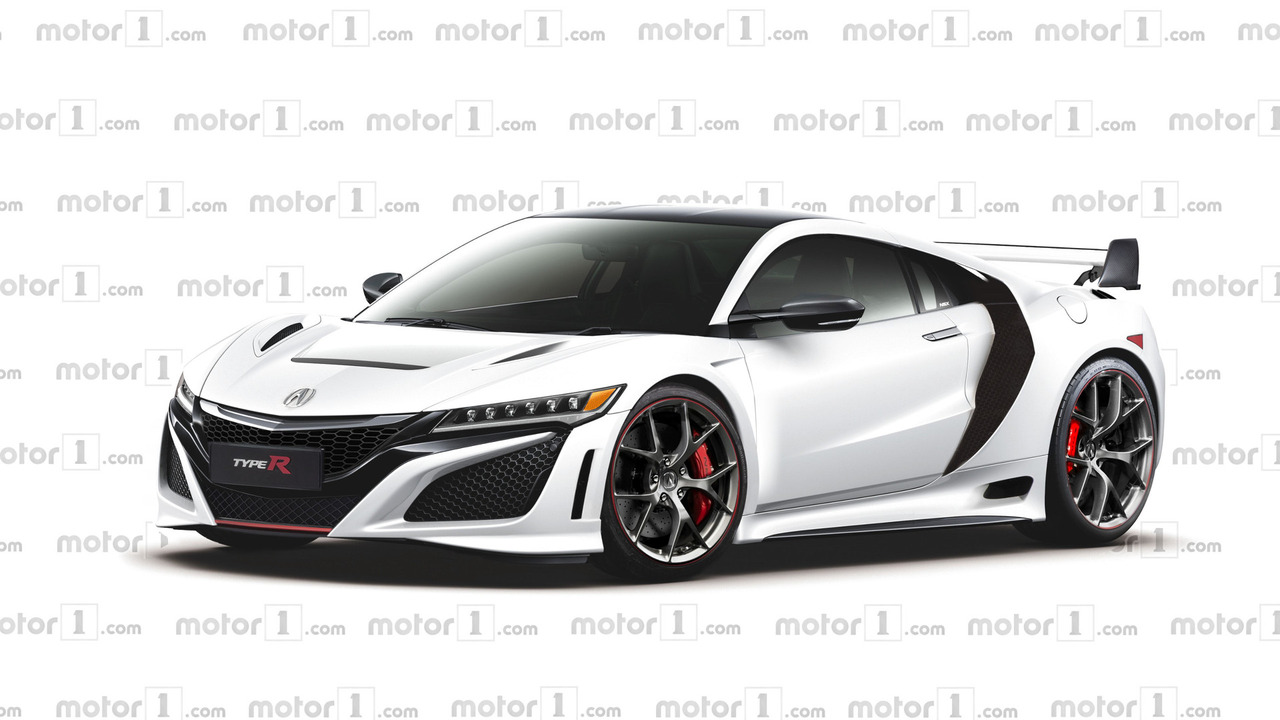 While Honda isn’t saying anything official yet, bountiful rumors suggest that a Type R version of the new NSX is already underdevelopment. There aren’t many facts available about the hardcore model yet, but it’s always fun to imagine what the engineers might create. With this rendering, the artists at OmniAuto show the direction they think the hotter version might take.

This NSX Type R adapts cues from the GT3 racecar and applies them to the road. The racer’s massive hood vent shrinks in this rendering, but it still lends an aggressive look to the NSX’s nose. Intakes ahead of the wheels would keep the big brakes cool, and we especially like the flash of red in the lower fascia on this white coupe.

These tweaks are minor compared to the back, though. Like on the GT3 racer, OmniAuto imagines that the rear vents grow even larger for additional cooling. They new reach down to the door opening and seem to protrude out from the body, too. The side sills also gain a small inlet for cooling the rear brakes. A wing finishes off the aerodynamic updates at the rear.

All the rumors agree that the NSX Type R would follow the classic recipe of more power and less weight. We don’t yet know how Honda’s engineers might achieve that goal, though. Some speculation suggests the coupe would make even more extensive use of carbon fiber. The development team then would turn up the boost from the turbos and increase the output from the electric motors.

There’s also the possibility the NSX Type R might follow the GT3 version by ditching the electric motors for the front wheels. The decision would slice off weight and make the coupe purely rear-wheel drive. The engineers could make up for some of the lost power by increasing the output from the 3.5-liter biturbo hybrid V6.

The standard NSX is still fresh on the market. Don’t expect the hotter model to go on sale until next year at the earliest because Acura would want to give the regular coupe some breathing room in showrooms for now.