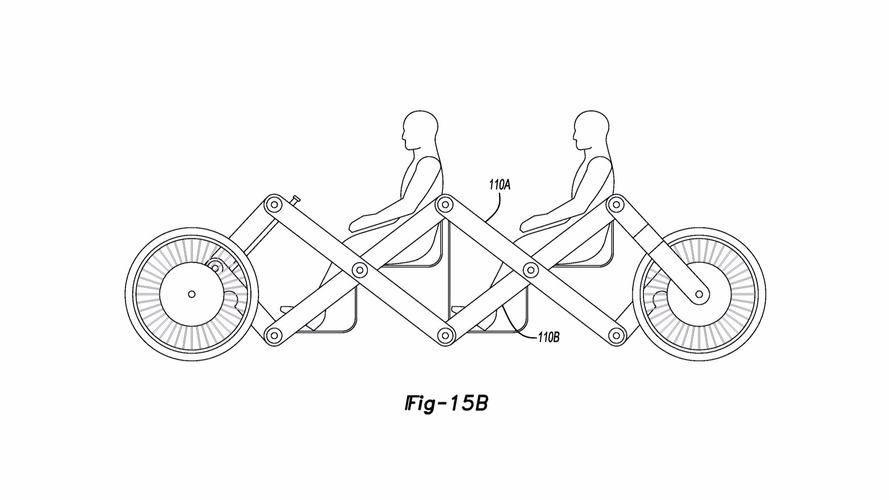 The design could provide low-cost transport in the developing world.

Ford has filed a patent for a low-cost folding car that could bring personal transport to the masses in the developing world.

As you can see in the sketches below, the car is made from simple longitudinal and cross-members. Central pivots allow the car to concertina up. Additional rigid elements or tensioned cables support the structure along its length and height.

The patent was filed in June of 2014 and published on September 13 of this year.

Ford envisions a highly flexible design, with the length of the structural components determining the size of the vehicle. Depending on the combination of those components, the car could feature single-seater, two-seater tandem, two-by-two four-seater, and three-by-two six-seater configurations. The seats themselves are either rigid or hammock-style items, mounted to the cross-members.

There’s also the possibility of adding loading-carrying bodies, for instance a pickup bed. Floors and roof frames can be added, too.

The running gear consists of a simple handlebar steering system, and basic sprung suspension. Ford suggests the frame could carry internal combustion or electric powertrains, powering either or both axles.

According to Ford, such a car would “fill the price gap between bicycles and automobiles”. As such, it could provide transport in developing countries like China, India, and some African nations where there is an increasing need for cars, but individuals and even whole villages can’t afford to buy or run one. And being foldable would make it easy to park in growing megacities, many of which are in those same developing countries. Elsewhere in the world, it could be used for neighborhood car sharing schemes, or holiday resort rental. With 4WD, it could even be put to work as a tractor.

With minimal processes needed to produce the components, manufacture of the car could be highly localized, as well. And it could be folded up into a relatively small package, allowing it to shipped easily in large volumes.

There seems to be increasing interest in this kind of solution to mobilizing poorer areas of the world. Hyundai recently submitted a patent for its own (rather more complex) folding car design. Whether or not these patents lead anywhere is another matter.