Bernard Ollivier Interview: We will do things step by step with Alpine 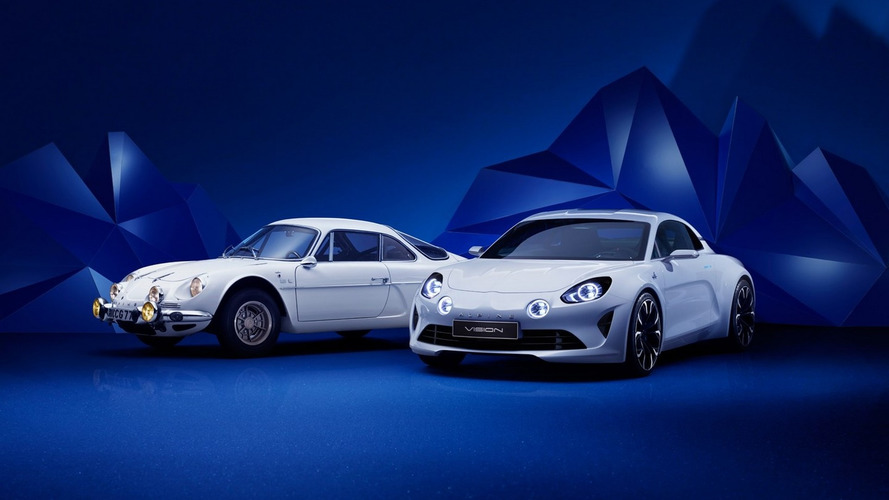 In an exclusive interview with Motor1 France, Bernard Ollivier, deputy general manager of Alpine, reports on future plans and project of the revived French sports brand.

Motor1: Where about are you with the development of the new Alpine?

Bernard Ollivier: The big picture of the car is almost finished. The first prototypes are already on the road. We are entering the last phase, the last tests, mostly as far as endurance is concerned.

M1: Can you tell us more about the car characteristics?

BO: We’ve done a lot of work on the car in order for it to be light. We wanted it to be agile, efficient, and sporty. It’s also going to be a premium car. Then, we also worked on its design so that it is easy to use on a daily basis. After all, among the customer base we are targeting, there are also a lot of women.

M1: What do you mean by premium?

BO: We are targeting “premium” in the German meaning of the term. It stands mainly for an irreproachable quality of production. Designing a sports car is one thing and we know how to do that. But producing a premium car is a completely different step. This is a big challenge for us. On one side, in the choice of materials, on the other - in the way we will build it. To produce premium, you have to learn how to build premium, and that’s what we are working on.

M1: Isn’t a premium car a stretch from the idea people have of the original A110?

BO: Back in the past, the Alpine’s rival was the Porsche 911, and I don’t think it was premium either! The Alpine A110, initially, is going to be a line. Elegantly French, simple, timeless. On the streets, if you ask somebody, it’s not a rare thing to hear the A110 is pretty. I think we are in this line. We wanted to keep this line as fluid as possible. No artifacts, no rear wing. That means all the aero work is happening under the car. Physically speaking, I think we are respecting the original. Our car will be light, agile, sporty.

Then, as far as premium is concerned, that’s a question of evolution in the customers. Buyers were looking for a more radical car with the original A110. It was a niche set of customers. When you buy a car today, you can hardly go without air conditioning, assisted steering and so, especially when the price tag is between $55,000 and $70,000.

M1: You announced quite early that you will not attend the Paris Motor Show, is that a decision you now regret?

BO: Back in February, when the car was introduced, we had decided not to go. We don’t regret it. We think the exhibition is most of all about the very general public cars. We want our potential customers to be able to get near the car, test it, ask questions. That’s why we wanted our own event, which will probably happen in mid-January. We had announced the reveal for before the end of 2016, but the agenda is quite busy in December. But it doesn’t mean we won’t attend major shows afterwards.

M1: In parallel to the car launch, there is also a sports program for the brand, in WEC. This season seems to be going pretty well…

BO: It’s true that we’ve put important goals for 2016. And so far, it’s going quite well for us, with five wins. We have a dream team as far as the drivers line-up is concerned, with, for example, Nicolas Lapierre, who is person you can rely on. He has a good state of mind and helps his teammates to go forward. We have quite a nice lead in the championship (38 points).

M1: Was the last weekend’s victory in the U.S. (Austin) important for the local market?

BO: It’s true that we had a dream weekend in Austin. With a pole nearly one second ahead of the rivals, and a race led for five and a half hours, and a finish with almost one lap lead… it’s difficult to do better! People were saying, after our second place in Mexico, that we had some pressure and we answered in the best way possible. It was important for the championship. As far as the market is concerned, not really. Going to the U.S. suggests you need to adapt the car. The rules are different. Maybe later, but for the moment, we are focused on the European version. We are developing step by step.

M1 Do you know more about next year’s program?

BO: We’d like to stay in LMP2. The rules are changing, with an allowance of four manufacturers. That means we won’t be allowed to put our Alpine name on the chassis. This program is also a back-up for the brand. We’re waiting to see what the rules will be, but we’ll bring the prototype in Fuji, Japan, as this is a market we do target.

M1: Could we see Alpine elsewhere than in LMP2?

BO: No. We’re only interested in this category. There is some fighting at this level! We’re not interested in the privateer LMP1, neither are we in the LMP1-H (hybrid). Budgets there are astronomic, we can’t afford it. Remember, we don’t have revenues yet! Then, an LMP1-H program wouldn’t bring anything special. Alpine always managed to achieve some nice things with small means.

M1: What about the Alpine road car? Could it race one day?

BO: Let’s wait and see if the road version is successful. If so, why not considering a GT4 version? Anyway, that won’t be before 2018. As I said, we need to go step by step.