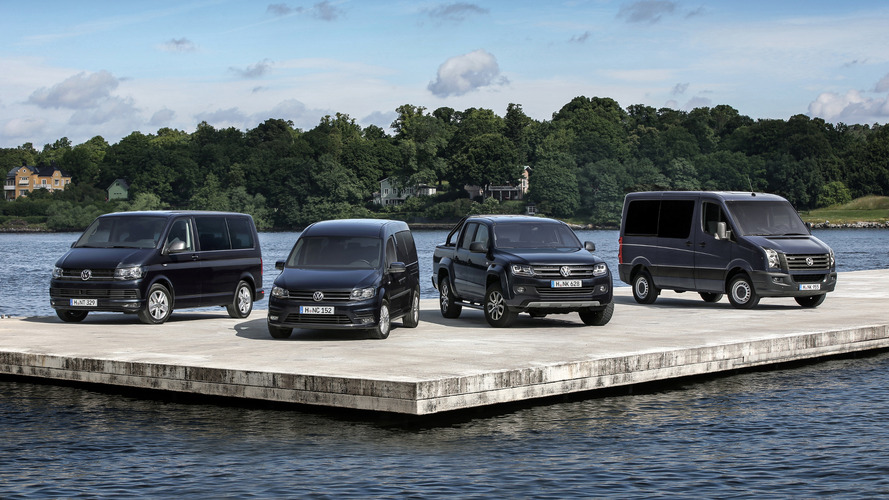 VW Commercial Vehicles is doing incredibly well, and the division's next step might be entering the U.S. market.

There’s a possibility customers in the United States could soon be able to buy a Volkswagen Amarok pickup or one of the many Transporter van variants because VW Commercial Vehicles is reportedly looking into expanding into the country. VW Commercial Vehicles CEO Eckhard Scholz tells Reuters that the U.S is “still a highly interesting market.” The consideration stills appears to be in the earliest stages, though. "A lot of things come to mind but at the moment I have nothing concrete to say," Scholz said.

The commercial vehicles division is currently a very strong performer for Volkswagen Group. For the year through August, sales are up 8.2 percent to 308,500 vehicles. Those numbers make the company larger than Seat and Porsche in the automotive conglomerate so far in 2016.

Now could be the right time for VW to get serious about the commercial vehicle market in the U.S because European-sourced models are now the norm. Rather than products like the Ford E-Series, today vans like the Ford Transit, Transit Connect, Mercedes-Benz Sprinter, and Metris are a large portion of the market. The VW Transporter and Caddy would directly compete with them.

The fallout from VW Group’s diesel scandal might be this plan’s Achilles’ heel. The automaker doesn’t currently have certification to sell any diesel engines in the U.S. Commercial vehicle buyers favor these powerplants more than someone just looking for a family car, so the lack of them could be a serious detriment to the brand’s success.

The commercial vehicles isn’t the only VW Group division taking a look at entering the U.S. Skoda’s boss confirms the brand is considering it, too. A decision could come as soon as next year. The flood of new models could be a way for the German automotive giant to make customers forget about the diesel scandal.