Nissan's popular, little hatchback is due for a big update at the Paris Motor Show.

A new teaser video confirms our long-held suspicion that Nissan has a sharp-edged makeover due for the Micra at the upcoming Paris Motor Show. The brand is suggesting significant changes to the supermini model by stating in the clip that, "a revolution is coming." We can't wait to see if the company can deliver on that promise.

Copious spy photos indicate that the new Micra looks a lot like last year's Sway concept (above). This teaser video only reinforces that idea. The nose features a prominent version of Nissan's V Motion grille, and the top portions of it flow to a sharp crease that rises up the hood. Angular headlights reinforce the edgy design. Unfortunately, the clip doesn't show nearly as much of the rear. We can see that the taillights stick out from the body, and there is an integrated rear spoiler in the roof. The model seems to be available in a rainbow of colors, too.

There are no images of the Micra's interior yet, but the Sway's airy cabin is probably a good guide. According to a Nissan exec, the company intends to use higher quality materials as a way to lure buyers to the new model. Don't expect anything as fancy as the coupe's vast array of digital display, though.

The latest Micra reportedly rides on Renault-Nissan’s CMF B platform. Rather than building it in India like the current one, Renault is taking over manufacturing duties for Europe at its Flins factory. The little hatchback's powertrain details remain a mystery for now, but the model's segment dictates a range of small-displacement gasoline- and diesel-fueled options. Depending on the mill, drivers could choose between a manual or CVT.

The Micra's launch to the international motoring press is just a week away on September 29. So we don't have long to wait for answers to the lingering questions about the little vehicle. 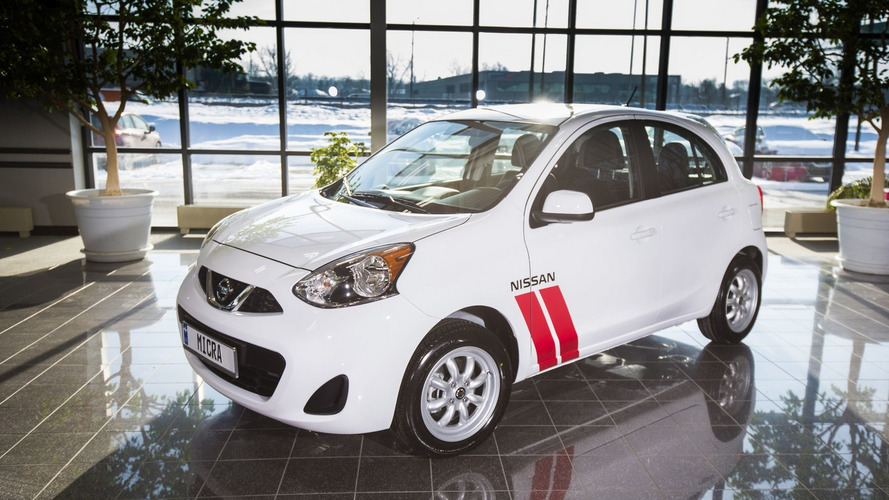