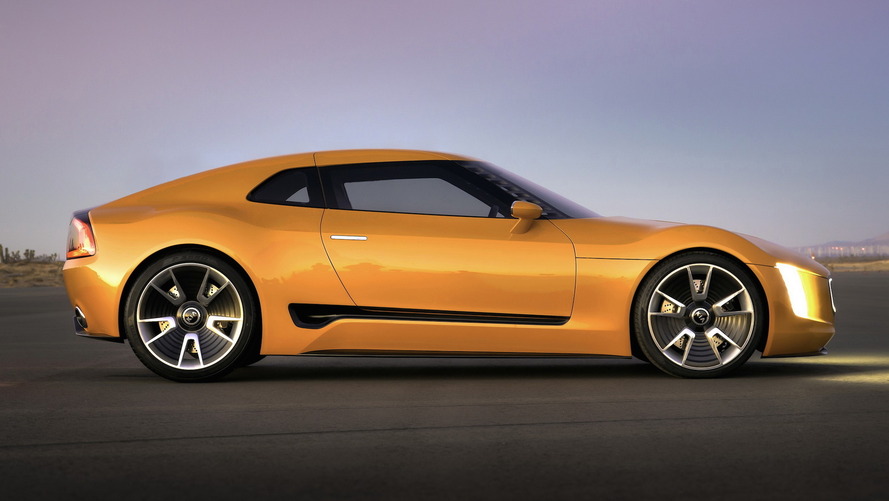 We take a look back at the 10 best Kia designs under Chief Design Officer Peter Schreyer.

In just 10 years, Kia has made one of the largest turnarounds in automotive history. The formerly forgettable Korean automaker is now giving consumers affordable yet well-appointed cars, good quality, and most importantly, creative design.

That creativity in design can mostly be attributed to one man: Peter Schreyer. Celebrating his 10th anniversary with the company, now holding the position of President and Chief Design Officer, Schreyer has re-established Kia’s image, and brought to life unique and thoughtful design cues formerly reserved for luxury marques.

Today, we take a look back at some of those intuitive designs and highlight the ten best from the past decade.

The K900 was introduced for the 2013 model year, and represented a dramatic shift in thinking for the entire company. It featured a powerful 5.0-liter V8 that rivaled many of its competitors with 420 horsepower (313 kilowatts), and a subtle, but eye-catching design.

Outside the Cadenza, the K900 was the first true, fullsize luxury car Kia had ever produced. It was a bold move, and though it hasn’t exactly bore the fruit execs were hoping for, it remains a unique alternative to the BMWs and Benzs of the world, both in terms of style and amenities.

In 2011, Kia introduced the Naimo concept. It was one of Schreyer’s first major concept designs within the company, and represented a nostalgic revival of Kia's Korean roots; technology, design, and culture fused together in a unique package.

“Naimo is the perfect balance of innovation, high-tech and Korean tradition,” said Schreyer. “It was heavily inspired by the purity and grace of traditional Korean arts and crafts, but combines this with cutting edge technologies to deliver a truly premium experience."

In 2014, Kia set out with an ambitious goal: to make the minivan great again. It was a daunting task, given the minivans drop in market share and the success of the SUV. But the final product was indeed something many people consider handsome.

The new Sedona was introduced at the 2014 New York Auto Show – its muscular form and high-quality materials mimicking the rest of Kia's lineup. Paired with an attractive design were standard features like Bluetooth connectivity and keyless entry, which excelled the Sedona to the top of the minivan pack for the first time in its short history.

The success of the Kia Soul isn’t without merit. Arguably the most iconic design to come out of Kia in the past ten years, the Soul is the best-selling small crossover in the U.S. (if you think of it as a CUV, anyway), and remains a fixture for young professionals and millennials alike.

Though not penned by Schreyer initially, after the successful launch of the concept in 2006, Schreyer and his team tweaked the look to assure the production model would be successful. And it was. The Soul hit the market in 2008, and was unlike any other small CUV available. Its signature boxy look assured it would stand out in a crowded parking lot, and its spacious and usable interior made it as much fun to drive as it was to look at.

Building on the success of the Soul, Schreyer and his team decided that the likable CUV needed a bit of a toughening up. That new machismo personality came in the form of two concepts, the Track’ster, and the Trail’Ster.

Though introduced three years apart – the Track'ster in 2012 and the Trail'ster in 2015 – the two concepts celebrated the quirky nature of the Soul with packages that enhanced that likable design even further. A 250-horsepower circuit champ in the form of the Track’ster, and an all-wheel-drive weather warrior in the Trail’ster.

Both brought to the table not only unique personalities in performance, but also design. The Track'ster received an aggressive new fascia and performance-oriented wheels and tires. While the Trail’ster did the job with a slight lift, off-road tires, and a sleeker front-end design – foglights included.

“Whichever way you look at it, this concept car is roaring with energy, ready for take-off.” Peter Schreyer said it best when talking of the Kia GT concept when it was introduced in 2011.

The GT concept was dramatically different than anything we had seen from the company before. It fused both luxury and performance in a way that was unique to Kia, and specifically Schreyer. Suicide doors, carbon fiber wheels, and an aggressive fascia were just some of the highlights. Top that off with a 3.3-liter turbocharged V6 engine, and you have yourself a recipe for success.

Part hatchback, part CUV, all unique. The Kia Provo concept didn’t play by the standard rules of design when it was introduced in 2013. It was created with a single purpose: performance. The overly-aggressive fascia and lean headlights should have been your first clues of that.

A healthy heaping of carbon fiber coated the exterior, while its interior combined sport, technology, and luxury, in a (hypothetically) affordable package. Under the hood was a hybrid version of Kia’s 1.6-liter turbocharged four-cylinder engine, paired with all-wheel drive and a quick-shifting dual-clutch transmission.

For as long as Schreyer has been with Kia, the Cee’d hatchback has been available to European consumers. The standard hatch itself is handsome, but it wasn’t until the arrival of the Pro_Cee’d GT in 2013 that the entirety of the lineup was thrust into the limelight with a more attractive design and segment-rivaling performance.

The sleek front fascia paired seamlessly to the three-door layout, its suspension lowered and given a more aggressive stance. The most impressive angle, though, is from the rear – a stunning, minimalistic design language that infuses the taillights into the hatch without unnecessary dramatics.

Few cars have been as reborn as the Kia Optima. The first generation of the midsize sedan hit the scene in 2000, but it wasn’t until 2010, under the direction of Peter Schreyer, that the Optima became the success that we know it to be today.

Its design was a dramatic departure from the bland personality of the two previous-generation cars. In its place was a more grown-up look, aimed at a more upscale buyer, with features previously reserved for the likes of luxury marques.

Seeing a slight redesign in 2015, the Optima continues to live on as one of the best options in the segment. Buyers are now even able to choose from a standard gas-powered version, a hybrid version, or a new Sportswagon (in markets outside the United States).

Even by Kia standards, the GT4 Stinger was an unexpected surprise when it showed up at the 2014 North American International Auto Show in Detroit. It was the first true, sporty coupe the company had introduced, even in concept form.

The design was instantly iconic, and forwent cues typically found in the “sports coupe” segment in place of a more muscular approach. A tapered roof being was the central defining feature, with a hatchback-style rear that was super cool, especially with its integrated LED lighting.