2018 Mercedes A-Class is packed with sensors and cameras 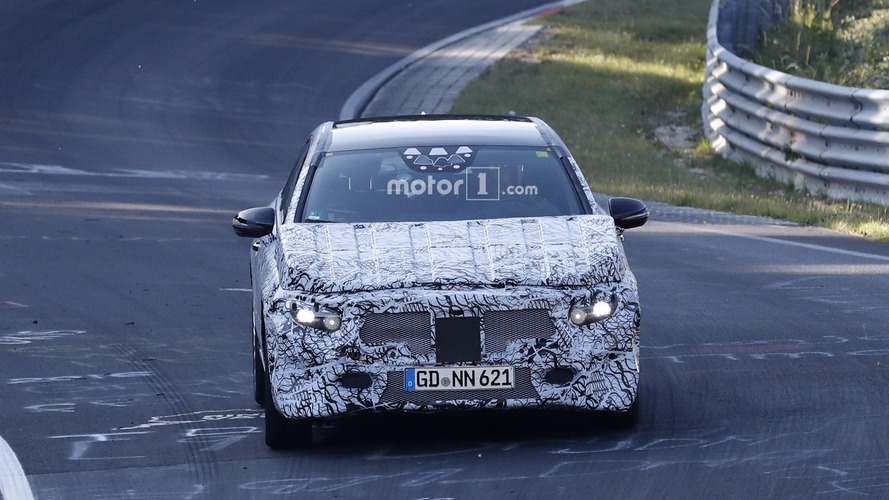 Expected to be unveiled in about a year from now, the next A-Class will likely pack a wide array of safety and assistance systems.

Mercedes’ smallest car on sale today has been around since 2012 when the third generation (W176) came out. The supermini received a subtle facelift more than a year ago, but as you can see work is already well underway at a new generation. The W177 will be the smartest A-Class ever and is going to ride on the MFA2 platform expected to bring a healthy weight loss even though the car will be a tad bigger than today’s model.

As we have noticed in the previous batch of spy images, the new A-Class will be slightly wider and will also have a longer wheelbase. That means Mercedes’ entry-level model is going to offer a more generous interior cabin and hopefully the rear seats won’t feel as cramped as they do on the current car. The trunk lid has been reshaped and it appears to be wider than before, so it’s likely a sign the cargo capacity will also grow to make the A-Class a more suitable companion on longer journeys.

But what’s really interesting about the car is the cluster of cameras and sensors affixed to the upper area of the windscreen. It likely means the new A-Class will be available with a more generous array of semi-autonomous driving technology and enhanced safety equipment. As you would imagine, many of these will be available as optional kit, but nevertheless we are delighted to see that even the base model in Mercedes’ lineup will pack a lot of tech.

As for engines, the strongest A-Class you can have today is the flagship A45 AMG with its 381 horsepower (280 kilowatts) and 351 pound-feet (475 Newton-meters) of torque. However, the new one will likely hit the 400-hp mark with ease, especially since the forthcoming Audi RS3 Sportback facelift and the RS3 Sedan are expected to have that. Even though some are saying the horsepower war is over, many automakers are still striving to squeeze as much power as possible to increase the hp number in a bid to lure in more buyers. It’s a recipe that works without a hitch, so it is highly unlikely things will change in the foreseeable future.

At the other end of the spectrum, the new A-Class will be available with three-cylinder engines and there are also some rumors about a frugal plug-in hybrid derivative, but that might come later during the model’s life cycle.

As to when we’ll get to see the car, our money is on the 2017 Frankfurt Motor Show in approximately a year from now. While the current A-Class hatchback is not available in the United States, things might change with the W177 generation according to a report coming from The Detroit Bureau citing Mercedes officials.