Porsche is showing off the E-Performance drive system of its hybridized Panamera capable of being not only frugal, but also seriously quick.

Better in just about every possible way than its predecessor, the all-new Panamera 4 E-Hybrid is showing us its strong E-Performance heart in the latest promo video. Porsche’s idea of a hybrid certainly has more appeal than the usual crop of eco-friendly models, and in the new sleek sedan the electric power not only boosts economy, but it also enhances performance.

The hybridized powertrain consists of an electric motor rated at 136 horsepower (100 kilowatts) and 295 pound-feet (400 Nm) of torque. While on the old model the driver had to press the accelerator pedal at least 80 percent of the way down to access the e-power, the new one provides the output right away.

The electric motor gets its power through a liquid-cooled lithium-ion battery integrated underneath the trunk floor. Featuring a capacity of 14.1 kWh, the new pack weighs the same as the old 9.4 kWh battery and can provide enough juice for an electric range of 31 miles (51 kilometers). While running solely on the power provided by the electric motor, the Panamera 4 E-Hybrid will be able to reach a top speed of 87 mph (140 kph). Once the battery is drained, a full recharge via a 230-V, 10-A connection will take 5.8 hours, whereas with the optional 7.2 kW charger the time will drop to 3.6 hours.

Besides being seriously fast, the all-wheel-drive Panamera 4 E-Hybrid is also very economical for a car tipping the scales at a substantial 2,170 kilograms (4,784 pounds). Porsche says it will drink a mere 2.5 liters / 100 km based on the New European Driving Cycle (NEDC), with corresponding CO2 emissions of 56 g/km.

The fourth member of the 2017 Panamera lineup after the 4S, 4S Diesel, and Turbo, the new hybridized derivative can already be ordered on its home turf in Germany where Porsche is asking €107,553. Customer deliveries of the Leipzig-built hybrid sedan will kick off in Europe by mid-April next year.

For something from Porsche without a combustion engine, we will have to wait until the end of the decade when the fantastic Mission E concept will make the transition to a production model. 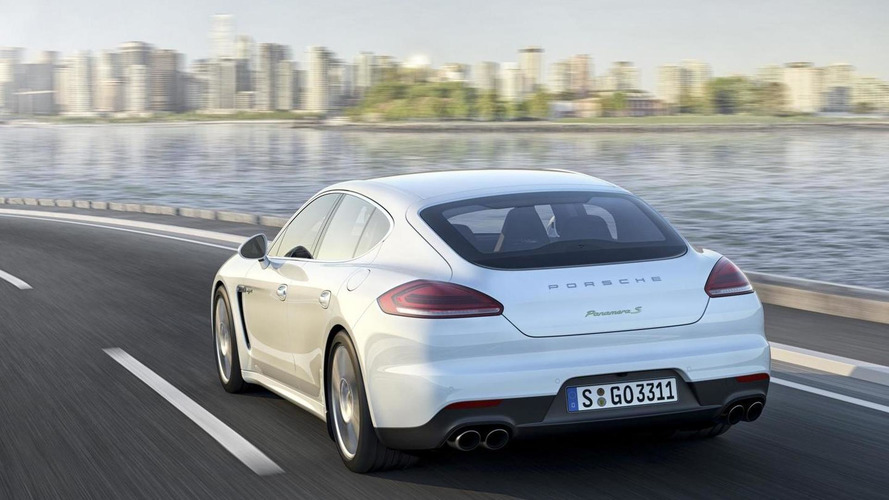