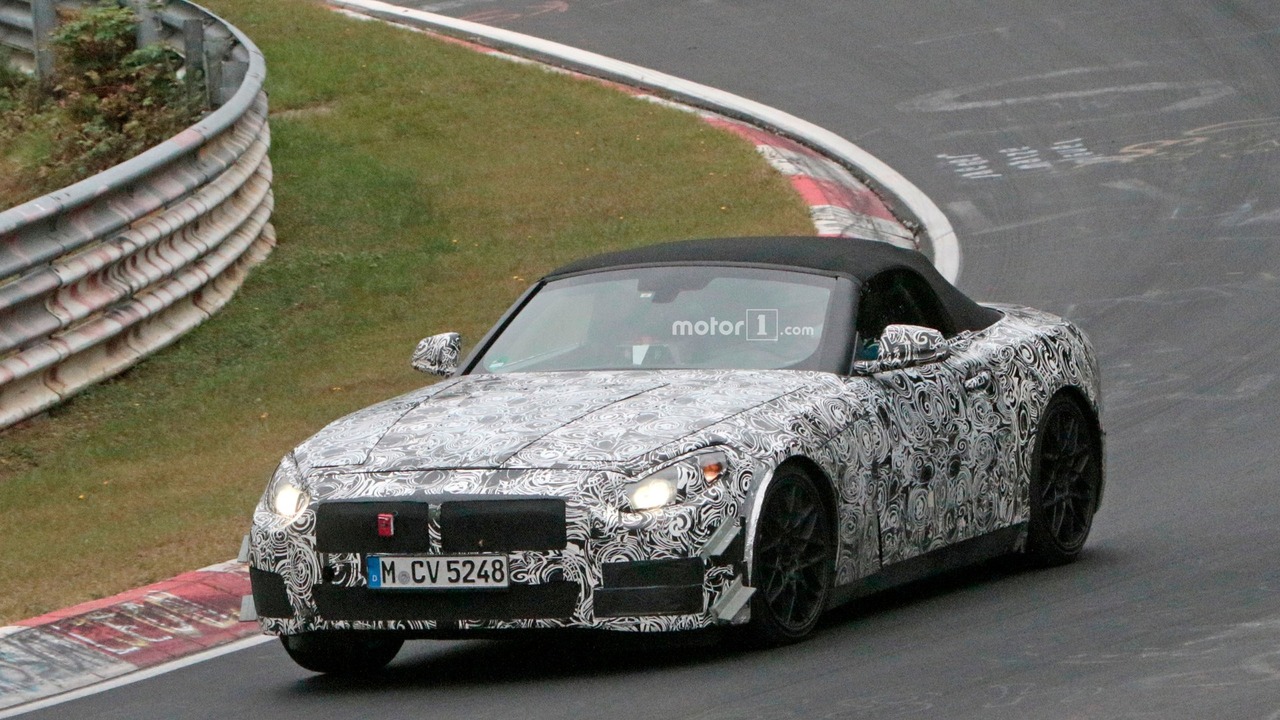 These photos provide the best look yet at the BMW Z5's interior.

According to our spies, the BMW Z5 just completed its first development lap of the Nürburgring, and they snapped some photos of the roadster. We expect the convertible to make plenty more trips around the circuit before BMW puts the droptop on sale.

The trip to the ‘Ring coincides with slightly different camouflage than previous Z5 test mules. In front, there are now canards at each corner of the bumper. The parts appear to be plastic, so we don’t think this is a final design detail. They could be for the roadster’s aerodynamic development. New cutouts in the camo also expose more of the fascia’s intakes. This is probably because the on-track workout requires maximum cooling as opposed to earlier testing on the road. In addition, there’s now a covering over the center potion of the headlights, which hides them more than in previous spy photos. At the rear, BMW’s engineers now add a small trunk lip spoiler.

Our spies also managed to shoot two incredibly photos of the Z5’s interior. The cabin looks identical to recent spy shots inside Toyota’s future coupe. Both of them currently use BMW-sourced instruments. The center stack’s layout appears exactly the same, too. We expect a greater differentiation between the pair when the final models debut.

The sound of the Z5 lapping the ‘Ring might finally provide some clues about what’s under the hood. The speculation suggests a turbocharged four- or six-cylinder engine, but nothing is certain. An engineer from the M division told the press that the team wasn't working on a higher-performance version, though.

While the models share a platform and possibly powertrains, they have radically different designs. The Z5 is reportedly a back-to-basics roadster that’s less luxurious but more sporty than the current Z4. Alternatively, spy shots show the Toyota as a compact coupe that takes styling cues from the last Supra and FT-1 concept.

Rumors suggest that Magna Steyr would begin building the models in 2018. If that timeline is correct, the production versions would likely premiere late in 2017.