New BMW 7 Series to be Revealed on 7th July 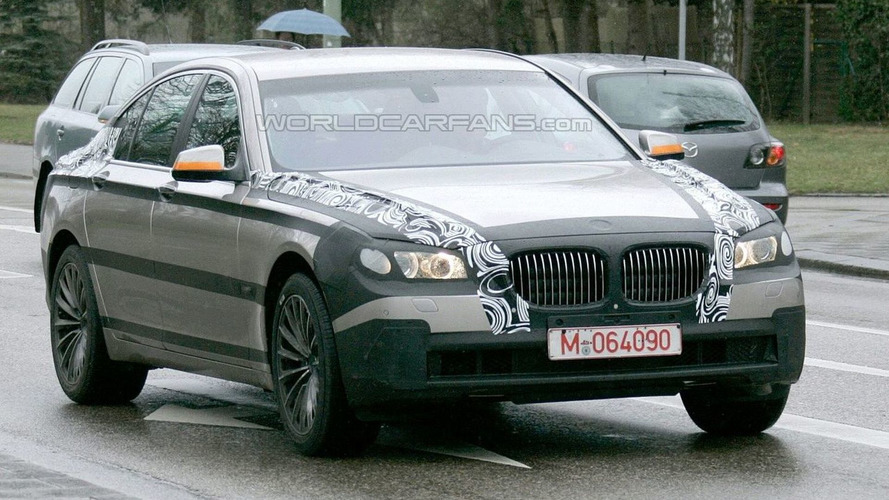 New 2009 BMW 7 Series is going live to be public eye 7th July 2008. A slew of powerful engines will lead the attack against current sales leader in the segment.

Did the ugly duckling really turn into a swan, or did we get so familiar with it that it became a close friend whose side we took, whose ugliness we saw through to recognise its inner beauty? Hans Christian Andersen is no longer around to answer, but Adrian van Hooydonk certainly is. Come July 7th 2008 we will find out when the new 2009 BMW 7 Series is shown to the public, according to the fanatics of the Bavarian brand BMWBlog. There is something to be said about a 7 Series reveal on the 7th day and 7th month of the year...What else do these foreseers see a month and a bit ahead?

A few things really, very interesting things. The first of these is a twin-turbo V12 engine, which we guess will be afforded the M7. Yes, the M7 is coming, finally, to instigate a case of power-theft against the 450kW, 1000Nm Mercedes-Benz S 65 AMG and a possible twin-turboed Audi A8 MY2010. At least 450kW is coming from this high-end ‘bahnbuster. As is BMW tradition, don’t expect M7 to boast huge capacity; it will rather be light for its size and pack a mean punch. M Power strikes back? Looks that way. But wait, there’s more. A twin-turbo V8 bomber expected to be the same as the one found in the X6 and the upcoming 405kW X5.

Following Lexus, which lead the way with its 8-speed automatic gear changer, the 2009 BMW 7 Series will feature this technology probably from ZF systems. XDrive will be a new option for the 7, and as you can probably see from the interior pics, the driver-focused console (tilted to face the driver) will make a comeback on 7. Other techno wizardry will include Dynamic Performance Control and ConnectedDrive. Cosmetically a number of changes appear, notably the flat rectangular slanted exhaust pipes and an improved rear end.

Gallery: New BMW 7 Series to be Revealed on 7th July