Renault to reveal Zoe EV with 200-mile range at Paris 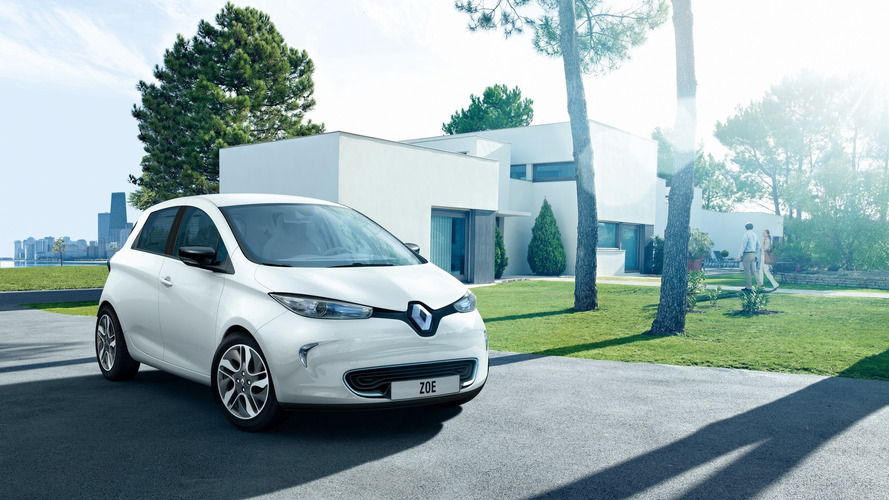 The EV is reportedly getting new batteries and a more efficient electric motor.

In March last year the all-electric Renault Zoe gained a minor range boost and, according to French sources, the automaker is set to reveal an improved version of the model with a range of approximately 200 miles (320 kilometers) – nearly twice its current range. The official debut for the car is scheduled for the Paris Motor Show in early October, if reports are correct.

Currently the EV has a 22-kilowatt hour battery pack, which provides a NEDC-rated range of 150 miles (241 km), or about 90 miles (145 km) in real use. The revised Zoe will receive a new battery pack from LG and a smaller electric motor with higher efficiency for a 200-mile “range under normal conditions,” as BFMTV claims.

Renault wants at least €22,400 ($25,000) for the Zoe in France before applying the government rebate, but buyers are not getting the ownership of the batteries and instead are renting them for at least €49 ($55) per month.

Despite this fact, the vehicle is the best-selling electric model for the last year in Europe with 18,469 sales and increase of 67 percent in deliveries. This result represents a market share of 20 percent on the continent and over 55 percent in France.

Back in April this year Renault marked the production of the 50,000th Zoe, which rolled off the company’s production line at its plant at Flins. Guillaume Berthier, electric car sales and marketing director in the automaker, handed the keys for the electric vehicle to Sylvie from Saint Cloud, Paris.

During the upcoming Paris Motor Show the improved Zoe will be exhibited among other important electric models, such as the Opel Ampera-e, an all-electric concept from Volkswagen, and possibly the Tesla Model X. Meanwhile, BMW executives will be discussing the future electric plans of the Bavarian brand at a special meeting and won’t be attending the show in the French capital.