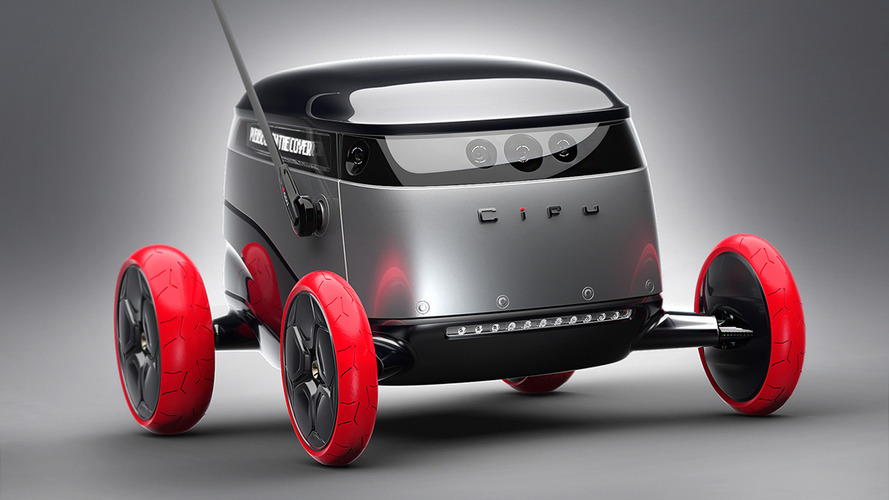 Order your package, and have it delivered right to your door with Cifu... hypothetically.

The future is here - whether you were ready for it or not. Autonomous driving is thrusting headlong into the approaching decade thanks to companies like Google and Apple. But one idea that seemingly came and went rather quickly was the autonomous delivery drone.

By sky or by street, companies like Amazon touted the idea of having products delivered autonomously by a fleet of pacakge carrying robots. One company though, Starship Technology, is continuing that push of self-service package delivery with its on-road electric delivery vehicles.

Using Starship as a reference point, graphic artist Matteo Gentile of Italy, developed Cifu, a sort of Pixar-esque delivery drone designed more for the real world. “The inspiration behind [it] was those robots in Wall-E,” said Gentile in an interview. “Pixar style mixed with my knowledge in automotive design.”

In using that knowledge of automotive design, the wheels and tires, for example, are staggered in a way to better deal with on-road stress, and come paired with shock absorbers, similar to a real car or SUV. Meanwhile the simplistic, boxy design can fit most small to medium-sized packages with ease in a safe, weather-proof environment. Cameras have been seamlessly embedded into the body as well, as has an LED light display that tells customers when their order has arrived.

Alongside the movie Wall-E, Matteo cites some of the more recent Mercedes-Benz concepts as inspiration in the automotive sector - futuristic, but based in real-world thought. The entire project taking him just a couple of weeks to complete. “It’s a virtual project,” he said, "so I solved it in a couple weeks including modeling, rendering, ideation, and sketching, etc.”

Though there may not be any plans to bring Cifu into the real world, companies like Starship, Amazon, and others will continue to research the possibility of having these delivery drones on the road, in real time, in the very near future.