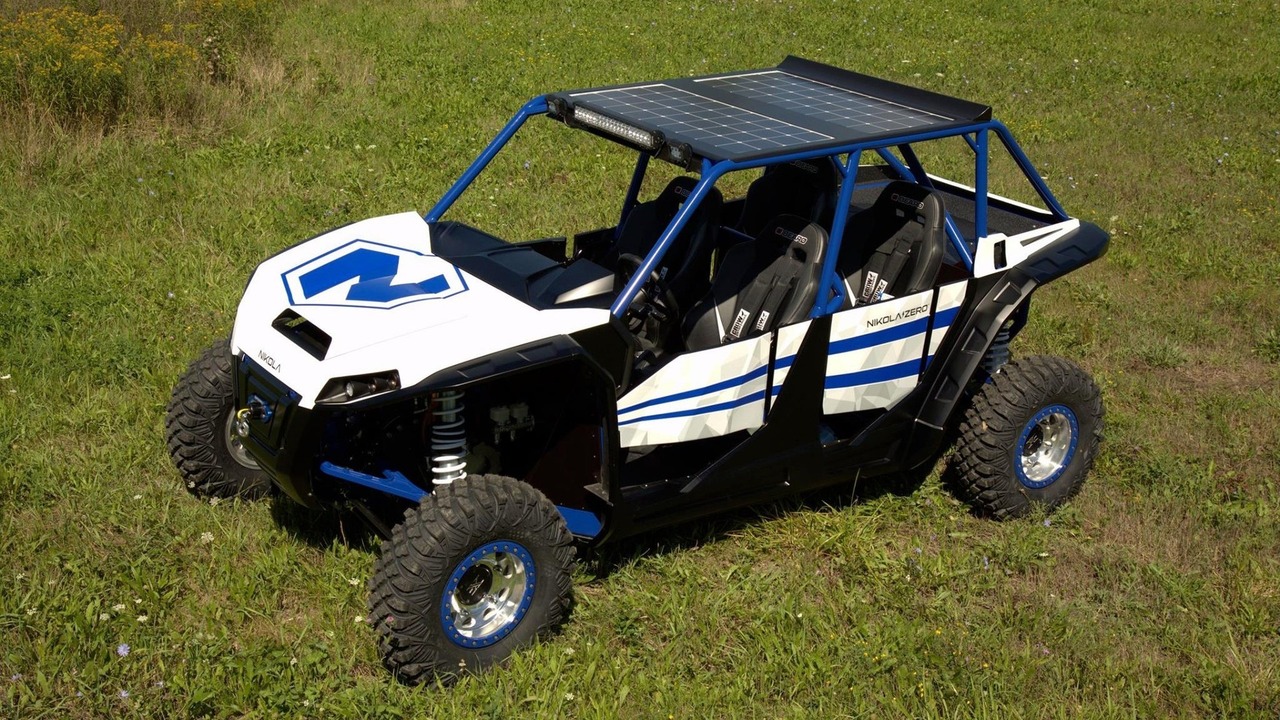 While some might have expected for the semi-truck to be Nikola Motor Company’s first model, the Salt Lake City-based start-up will initially sell a zero-emissions utility task vehicle (UTV). The model was previewed earlier this year and at that point it was advertised as having a 50 kWh lithium-ion battery pack, but now the capacity has grown to 72 kWh and that should be enough for a range varying between 100 to 200 miles (161 to 322 kilometers). The rather large interval means the range will depend greatly on how the UTV will be used.

It comes fitted with electric motors at each wheel and these are capable of delivering a combined output of up to 520 horsepower (388 kilowatts) and an instant torque of 476 pound-feet (645 Newton-meters). That’s enough electric punch to grant the Nikola Zero with a sprint to 60 mph (96 kph) in only three seconds, thus making it just as quick as some proper performance cars on sale today.

The UTV tips the scales at 1,900 pounds (861 kilograms) and is IP67 certified, which means that it’s waterproof, and according to the specs sheet it has a ground clearance of 14.5 inches (almost 37 centimeters). At an additional cost, Nikola will be happy to sell you the Zero with an optional rear steering system to make the UTV even more agile when tackling rough terrains.

As far as the design is concerned, there’s not much you can do to an UTV, but for what it’s worth it does look better in real images compared to those official renders released a few months ago. The cabin is pretty much straightforward and it hosts dual seven-inch displays, while a large 15-inch screen is going to be offered as optional equipment.

If you’re wondering about how long it takes to recharge the battery, Nikola says the 72-kWh pack will need two hours to reach full charge with a DC fast charger, but with the standard charger it’s going to take seven hours.

The four-seater version is available on order from $37,000 MSRP and customer deliveries will kick off next year. Further down the line, there is also going to be a two-seater model likely at a lower price tag.