This rare Toyota Soarer Aerocabin is headed to auction with 67,000 miles on the odometer.

Little is known by Americans of the Toyota Soarer. It’s elusive and mysterious, sort of like a colossal squid. Originally introduced in 1981, it was marketed as a “personal luxury GT coupe,” and came with a few different engine variants. It’s most desirable trait, though, was its shared platform with the iconic Supra.

A luxury Supra, you say? If that detail alone wasn’t enough to entice you, in April of 1989, Toyota produced a version that was arguably even better: the Aerocabin. With that option ticked, buyers were greeted with an electric folding roof - similar to the modern Porsche 911 Targa - and just two seats, making it a true open-top, luxury GT coupe.

Under the hood, the Aerocabin came exclusively with a 240-horsepower (179 kilowatt) 7M-GTEU 3.0-liter six-cylinder engine, and an automatic transmission. The interior wore a tan leather, while the exterior donned a pearl white finish with a beige trim. It epitomized the ‘80s in the best way possible. 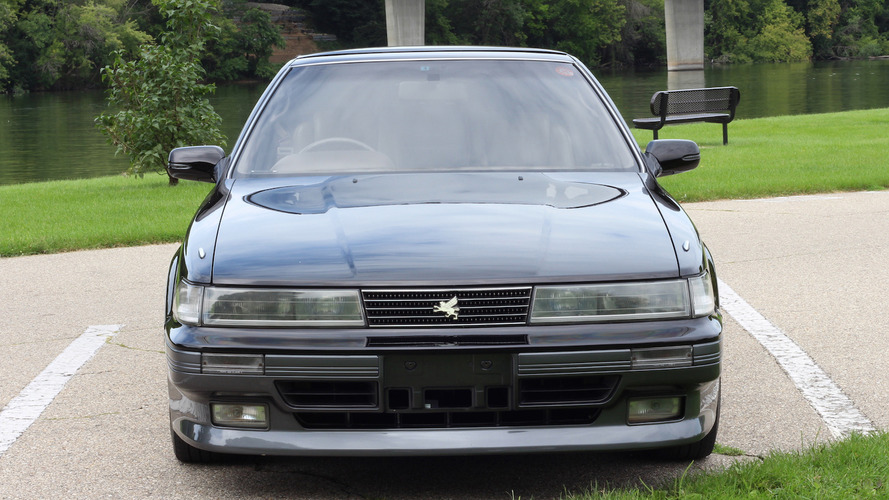 Just 500 examples of the Soarer Aerocabin were ever produced - all in the month of April, in fact. Now, one of these rare birds is heading up for auction at the Mecum Chicago event next month.

This one has forgone the standard white and beige exterior for something much sleeker. A gloss black with grey trim gives the Soarer Aerocabin a more grown-up look reminiscent of its Supra sibling. The high-spoke wheels are not stock, but have a very JDM feel to them all the same. The beige leather interior remains in pristine condition.

The original 3.0-liter engine rests under the hood with just 67,000 miles on the odometer, and being a direct import from Japan, it is right-hand drive. The electric folding Aerocabin top works like a charm, as do the power windows, locks, digital dash, and even keyless entry.

Mecum doesn’t have an estimate for this handsome Toyota currently, but don’t expect a rare example like this to go for cheap when it crosses the auction block the weekend of October 6th.