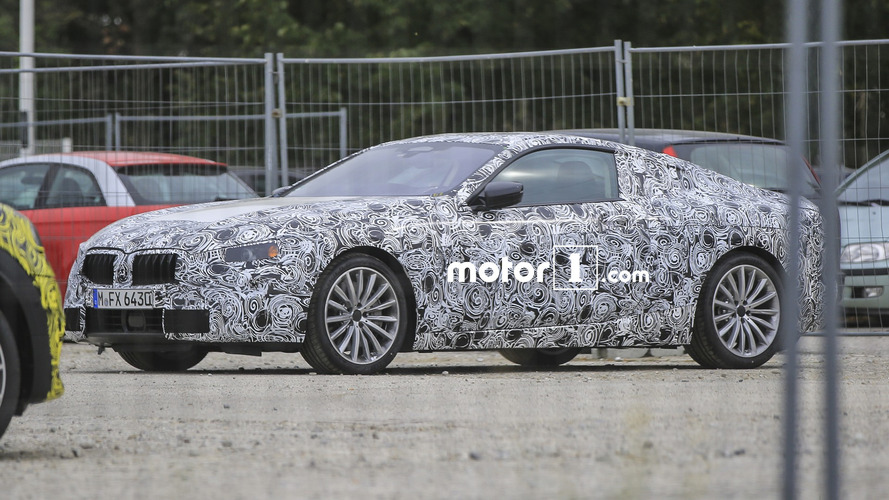 BMW has a big coupe in the works that would be a two-door sibling to the 7 Series.

The rumors are true about BMW reviving the 8 Series as a competitor against the Mercedes-Benz S-Class Coupe, and these new spy photos show the camouflaged model for the first time. We’ll only see the 8 Series in pictures like this for a while because the debut likely won’t be until 2019 or 2020, according to a rumor.

The new 8 Series takes some cues from the Pininfarina-designed Gran Lusso Coupe concept from 2013. In front, the wide kidney grille and swept-back headlights evoke the show car’s design. The new model looks best in profile because you get the best view of the sleek roof. It’s quite handsome. The swirling camouflage keeps the exact styling details hidden, but there are well-integrated trapezoidal exhausts at the rear.

The 8 Series would take its platform and powertrain options from the 7 Series. In the United States, customers could likely choose from a 3.0-liter turbocharged inline-six, 4.4-liter biturbo V8, and a plug-in hybrid. European buyers would probably have diesel options, too. A V12 is also reportedly on the way, which should be a fit challenger against AMG's high-performance engines.

The 8 Series is reportedly part of a shakeup in BMW’s coupe offerings. The Bavarians intend to transform the 6 Series into a smaller model that would take on vehicles like the venerable Porsche 911 and newcomer Mercedes-AMG GT. There would also be a droptop version. This big coupe would then fill customer demand for a luxurious grand tourer. There might even be an 8 Series convertible in the future, too.