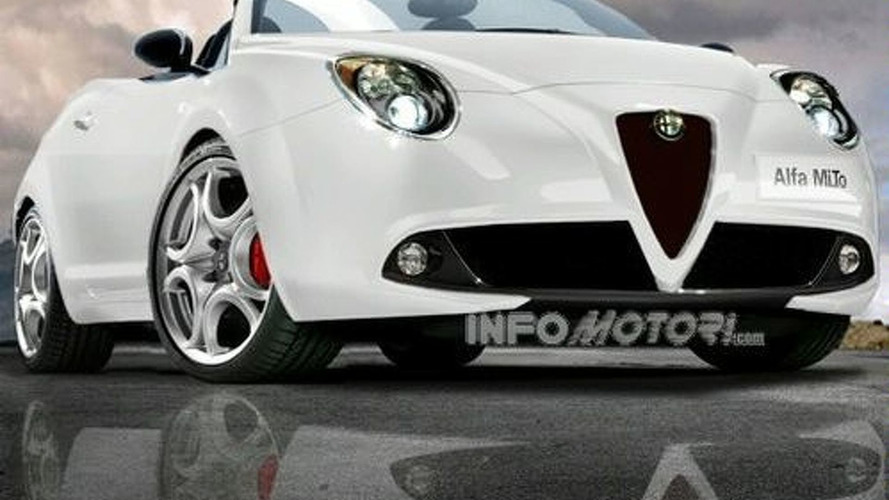 Proposed specs for this machine promise to make it very popular in all markets, including USA.

The only things we have so far on Alfa Romeo Mi.To are its official pictures, specs, logo images and even spy photos of the new car moving around Turin. Anyway, it has not been presented to the public yet, what will only happen this month. Sales will begin only in July. This does not prevent convertible fans of imagining how the cabriolet version of the new entry level car from Alfa Romeo will be. Some have even put their ideas in images, as our friends at InfoMotori.com.

Besides presenting us with nice renderings of the future vehicle, Infomotori.com also risks predicting the technical specs of the Mi.To Cabrio. And let’s hope they are sharp futurologists: the car would be equipped with an 1.8-litre MultiAir turbo engine able to generate 230 bhp in its GTA version, which would also bring the Q2 limited-slip differential and a dual-clutch gearbox yet to be presented. The entry-level version would feature the 1.4-litre turbo engine that pumps out 155 bhp used by Punto Turbo. In fewer words, it is aimed to be a cabriolet able to face Audi A3 and BMW 1-Series topless versions. Will it be up to the task? In beauty terms, most certainly.