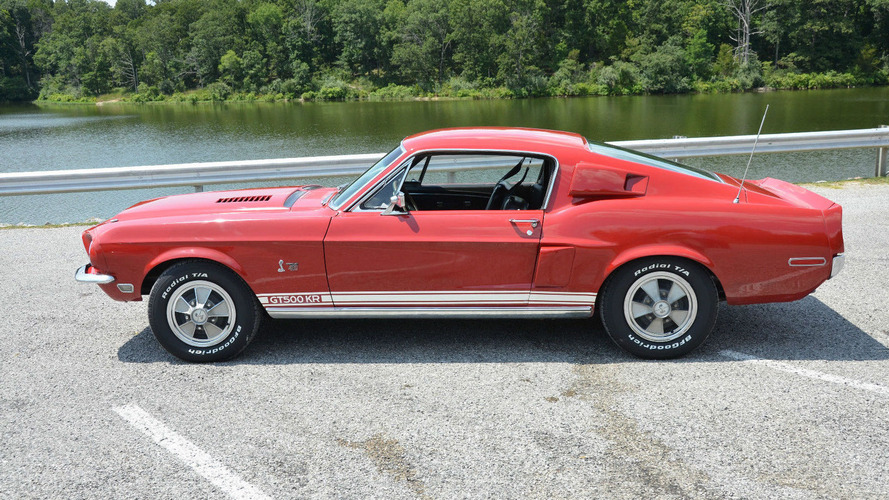 One of just 1,000 examples built, this Shelby Mustang GT500KR is an American classic.

In 1968, fresh off success at Le Mans, some Ford engineers had the brilliant idea of taking an already powerful Shelby Mustang GT500, and shoving even more brute force under the hood. The final result of that thinking was the GT500KR, the initial “KR” standing for “King of the Road” - and king it was.

Under the hood was a new 428 Cobra Jet V8 engine that was good for 335 horsepower (250 kilowatts) and 440 pound-feet (594 newton-meter) of torque - though most enthusiasts will tell you it was severely underrated. In a further nod to its performance, the die-cast aluminum valve covers read “Cobra Le Mans,” and paid homage to Ford’s FE engine victory over Ferrari at Le Mans the two years prior.

Alas, that reverence to performance in the form of a sports car only lasted one year and produced 1,000 road-worthy examples. It wasn’t until 2008 that we would see another Mustang that donned the GT500KR moniker, but it was a far cry from the 1968 original.

. After sitting untouched in a garage for a number of years, this three-owner, 68,000 mile example is one of the last pure Shelby GT500KRs you’ll find on the market.

On the outside, it wears its original red paint job, white striping, and five-spoke wheels. Under the hood, the eight-cylinder Cobra Jet engine is still in tact and in running condition paired to an automatic transmission. All the matching numbers are in place, and even the inside of the glovebox has been signed by Carroll Shelby himself.

Picking up a pristine, fully-restored example will typically set you back close to $160,000, according to estimates. With a current high bid of just $50,688 per this writing, this original example is significantly cheaper. But move quick if you're interested, only two days are left on the auction.