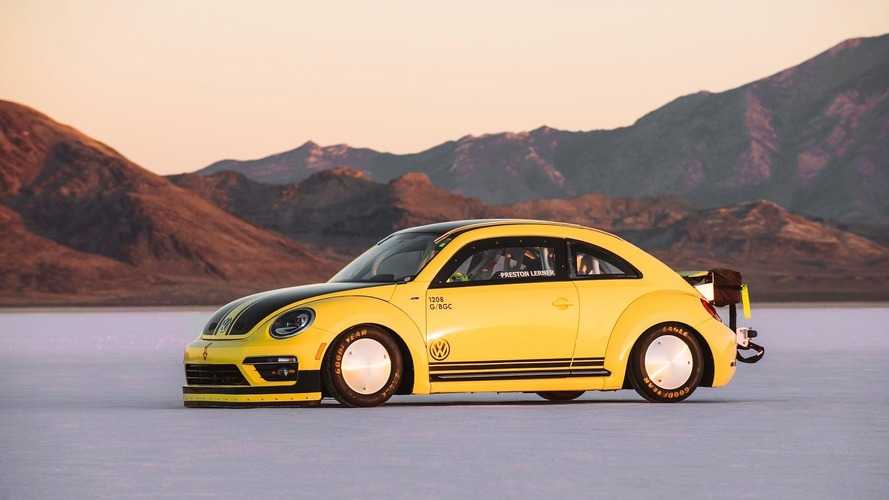 The fastest Volkswagen Beetle there has ever been has recorded a speed of 205.122 miles-per-hour (330.111 kilometers-per-hour) over the flying mile at Bonneville.

To help translate all that power - via the front wheels - to the road, the car also has a limited-slip differential, lowered suspension, and special Salt Flats wheels and tires. Plus there’s all the usual safety gear, including a pair of parachutes to slow it down.

Motoring journalist Preston Lerner was at the wheel for the record-breaking run. He said: “Exceeding 200 mph [320 km/h] in the Beetle LSR was a serious thrill. We had enough power to go even faster it the salt hadn’t been so sketchy. But seeing 208 mph [335 km/h] briefly on the digital readout was an experience I’ll never forget.”

“We are completely thrilled with the Beetle LSR’s performance at Bonneville,” added Volkswagen of America marketing head Hendrik Muth. “The Beetle is not the most aerodynamic car in our portfolio, so running 205 mph is a testament to the power that can be made from the EA888 TSi engine. This feat truly underscores the sporty and pugnacious spirit of the Beetle.”

Pinning down the fastest VW Beetle over a quarter-mile is virtually impossible. But even there, it seems 200mph is beyond reach, thanks to the barn door aerodynamics. Certainly, in a classic Beetle running an air-cooled, flat-four engine, times of around eight seconds at 160 mph (257 km/h) are about the limit. 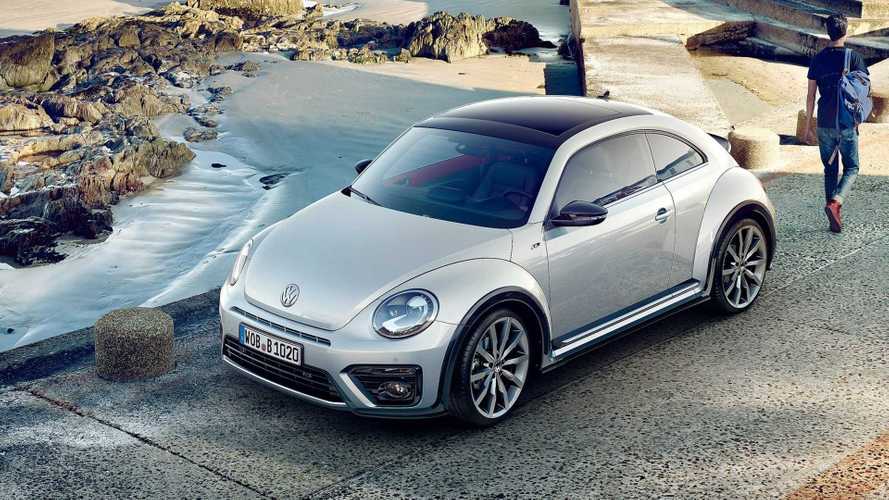