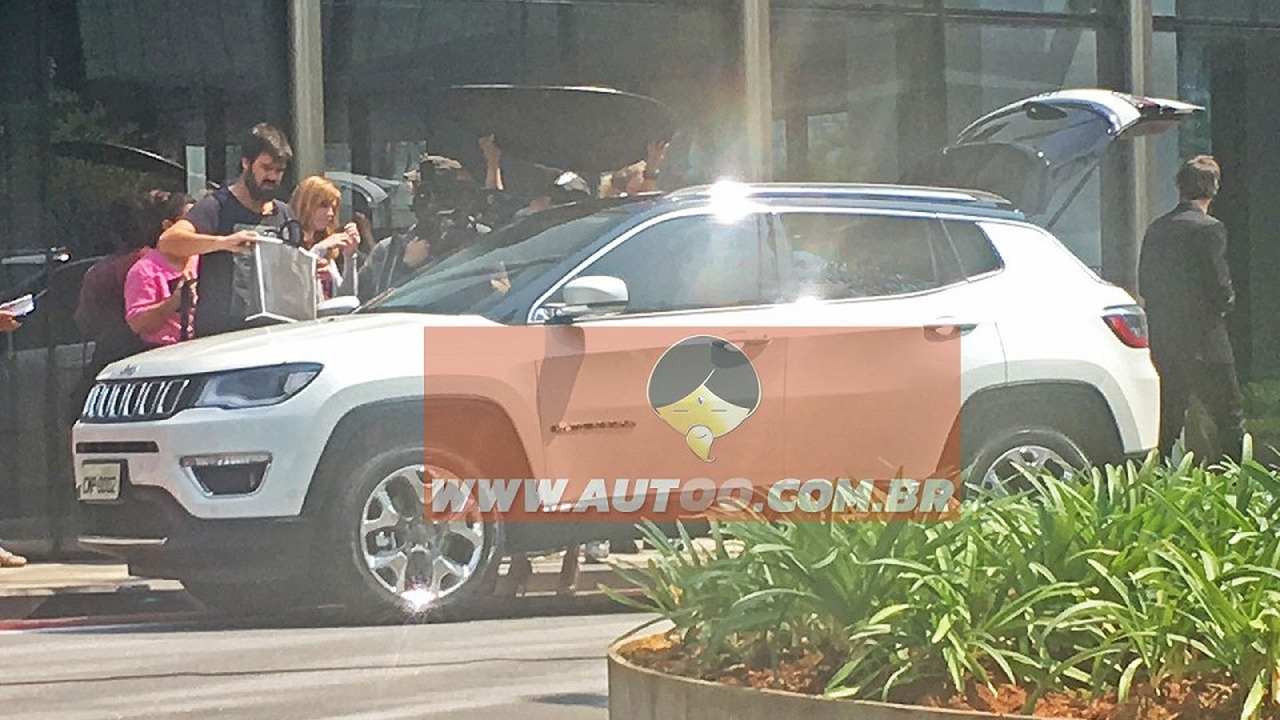 Spotted without any camouflage in Brazil, the Jeep Compass & Patriot replacement was taking part in a photo shoot.

Jeep is almost ready to bid farewell to the 2016MY Compass and Patriot SUVs and is going to replace them with an all-new model that’s going to carry over the name of the former. Although we can’t clearly see the “Compass” lettering on the driver’s door, the author of these images, Ricardo Meier from Autoo.com.br, has informed us the new compact SUV from Jeep will indeed be called “Compass.”

Captured in broad daylight in Sao Paulo, the near-production prototype in the Limited trim was posing for the camera ahead of its official reveal before the end of the month in Brazil. While it may seem odd that Jeep has decided to first reveal the model in the country that gave us Pelé, it makes sense because that’s where production will begin initially.

As far as the design is concerned, honestly we are not surprised that it’s a baby Grand Cherokee, which is not necessarily a bad thing, but perhaps some would have wanted a bit more diversity. The C-SUV (Project 551) as it is known internally will be offered with a contrasting black roof and is going to have a chrome strip running along the sides of the car and also at the back below the glass. This feature might be reserved for the higher-spec Limited trim seen here, which being a showcar likely has all the bells and whistles.

Technical details are scarce at the moment, although the Compass is expected to ride on the same Small Wide Platform as the Renegade and Fiat 500X from where it will likely get the engines, gearboxes, and other hardware. A front-wheel drive layout is going to be standard, but the more expensive versions will be available with a grippy 4x4 setup as you would expect from a Jeep.

Jeep will have the new Compass on display in November at the Los Angeles Auto Show ahead of a market launch scheduled for the beginning of 2017.