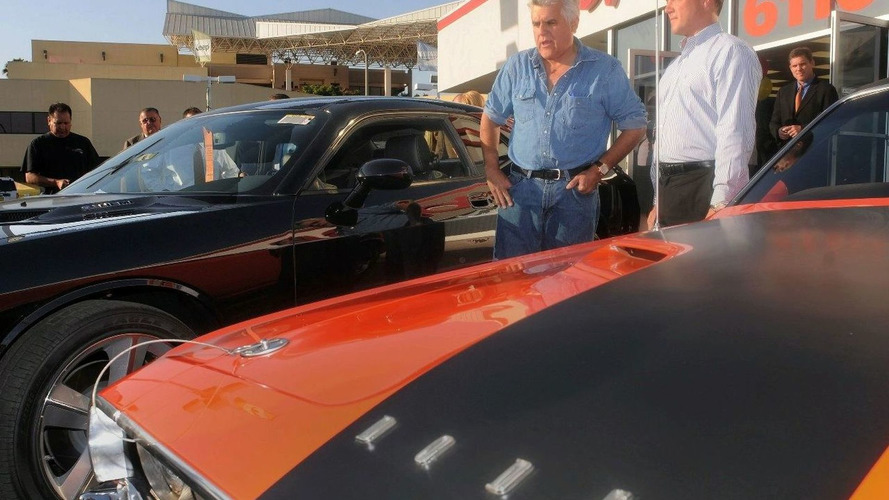 Leno’s love of cars is well known. He’s known as an avid collector and restorer, and he also writes columns about exotic cars.

Jay Leno, host of the Tonight Show, is maybe the best known car collector in the US and is always first in line when it comes to a new performance car. Joining his 1970 Challenger is this brand new, fresh off the production line, black 2008 Dodge Challenger SRT 8.

It may not be the USD 400,000 job #1 Challenger, but that really doesn't take away from the fact that Leno will be one of the very first to drive his own Challenger home. Mike Accavitti, Director – Dodge Brand, SRT and Motorsports Global Marketing handed over the keys at Valley Dodge in Van Nuys, Ca.

Most recently Leno issued the production of an 8.4 liter V8, 600 hp Corvette Z06 which runs on E85 fuel. The car was such a success at the 2007 SEMA show in Las Vegas that Pratt & Miller have taken the car into limited production. Before that Leno wowed crowds with his 650 hp bio-diesel powered EcoJet concept car at the 2006 SEMA show.