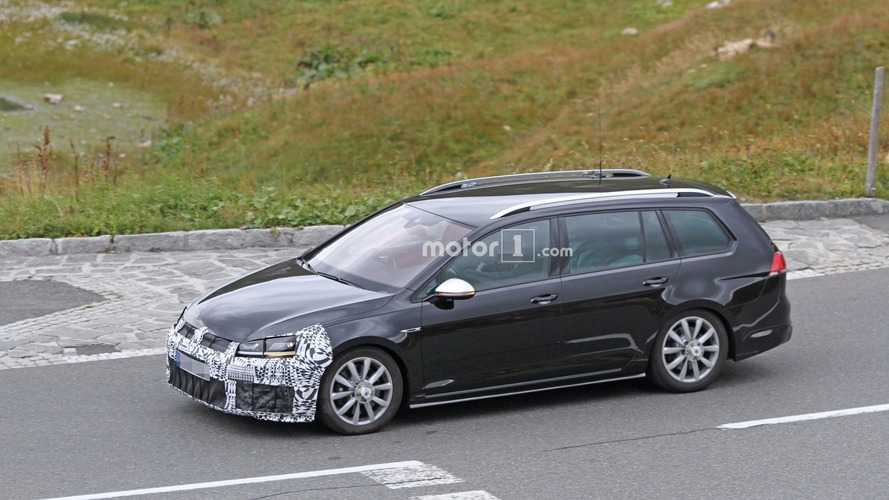 Looks can be deceiving as this might not be an R prototype after all.

Another prototype of what seems to be the R variant of VW’s practical compact wagon has been caught on camera. The label mounted on the trunk indicates the car was undergoing brake tests and looking through the glass of the rear windows it seems the test vehicle had some sort of weights on the seats to simulate a fully-occupied cabin. While we are tempted to believe this is indeed the Golf R Variant, it actually might be an entirely different model.

The folks from Autokiste.de are saying the prototype is actually for the plug-in hybrid Golf Variant GTE which is likely set to debut with the upcoming facelift for the entire Golf VII range. The hybridized wagon was spotted more than two years ago in United States near the San Francisco airport, but we haven’t heard anything about it since then.

Getting back to the prototype at hand, there are a couple of cues that might suggest the test vehicle was actually the GTE, despite the quad exhaust tips and the “R” logos on the trunk and front fenders. First of all, the wheels look way too small for an R model, and the lower section of the headlights seems to resemble the clusters of the Golf GTE hatchback on sale today. In addition, the latter’s continuous line that connects the headlights via the grille is also visible, albeit it’s white instead of blue.

It’s also odd that only the front “VW” logo is camouflaged, whereas the one at the back is visible. The reason might reside in the fact that on the GTE, recharging the battery is done through the port mounted behind the VW logo on the front grille.

Ok, we might be reading too much into things, but this is an interesting prototype nonetheless. The riddle will likely be solved very soon since the facelifted Golf family is expected to debut as early as next month at the Paris Motor Show.