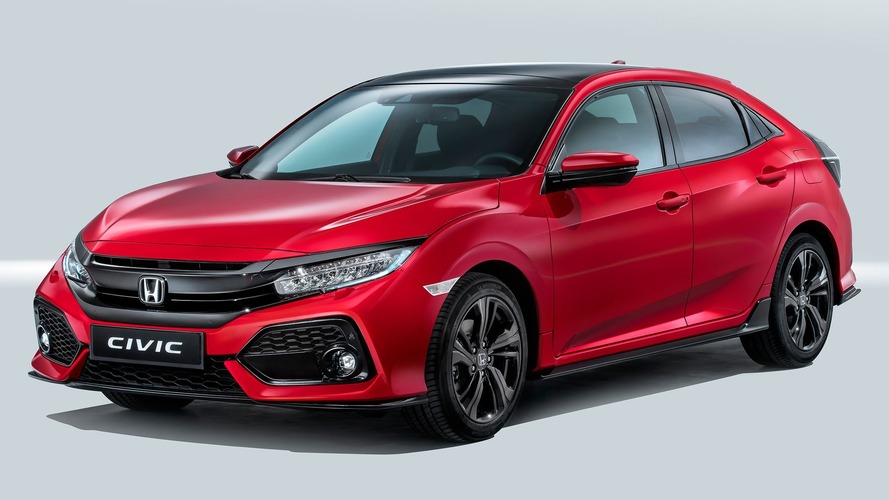 Prior to its public reveal at the Paris Motor Show, the Euro-spec Civic Hatchback is making its Internet debut.

Honda took the wraps off the U.S.-spec 2017MY Civic Hatchback about a month ago and now we are able to take a look at its European counterpart, with both to be manufactured in Swindon, U.K. The compact five-door hatchback is 130 mm longer, 30 mm wider, and 20 mm lower than its predecessor, but despite the increased footprint, it’s actually 16 kilograms (35 pounds) lighter. It’s all thanks to the new lightweight platform that is also bringing a 52% increased in torsional stiffness and a 30-mm longer wheelbase to boost rear legroom.

Unlike the U.S. model which is only being offered with a turbocharged 1.5-liter engine with 180 horsepower, the Euro version is also going to be sold with a brand new three-cylinder, 1.0-liter unit. Also turbocharged, the mill develops 127 hp and just like the bigger engine, it can be linked to the standard six-speed manual or the optional CVT. The Civic bound to be sold on European territories will also be available with Honda’s familiar turbodiesel 1.6-liter, but it’s going to be updated to cut emissions and boost output beyond the current 118 hp.

As far as the interior cabin is concerned, the stretched wheelbase is paying dividends in terms of available space, but the bad news is the so-called “Magic Seats” are gone. Instead, the new hatch adopts a more conventional 60:40-split rear bench and with the seats up it offers the same 478-liter capacity as the old model.

Buyers will get to pick from three audio systems, kicking off with the base four-speaker, 160-watt unit, followed by the mid-range eight-speaker, 180-watt setup and the range-topping audio system with 11 speakers. These will all work with the 7-inch infotainment system capable of providing Apple CarPlay and Android Auto integration. Garmin satellite navigation will cost extra and is going to come with five-year free map updates.

Honda has told Autocar that although a hybrid powertrain is not being planned for the near future, the Civic’s new platform is technically capable to accommodate a more eco-friendly setup. A full-electric model has been ruled out because the platform can’t support such an arrangement.

Honda will have the Euro-spec 2017 Civic Hatchback on display next month at the Paris Motor Show. It’s going to be exported in more than 70 countries around the world and production has already kicked off for the North American market where the first units have already arrived. Besides the hatchback, the Turkey-built sedan will land in Europe early next year and is going to be followed at some point by the more practical Civic Tourer in the estate body style. 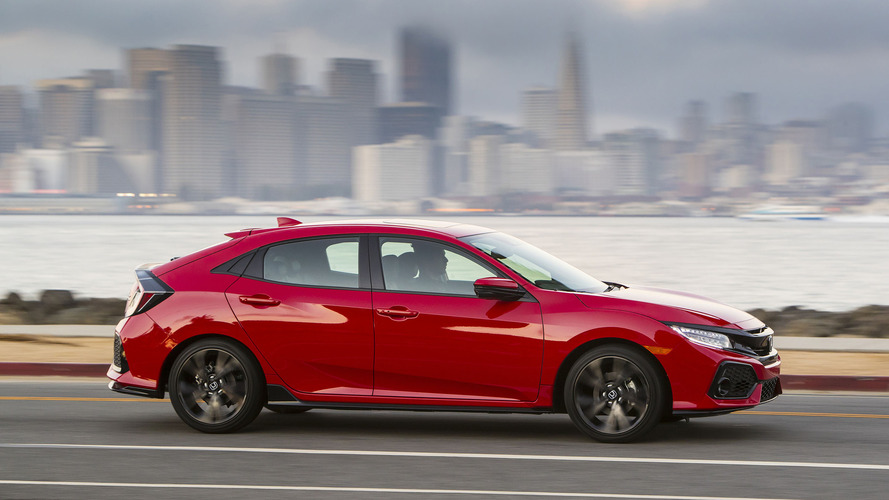 Today, the 10th generation of the Honda Civic has been unveiled at the company’s UK manufacturing base in Swindon, with production of the car underway and the first units already landing in North America.

Honda of the UK Manufacturing (HUM) has recently become the global production hub for the new Civic hatchback, with the model set to be exported to more than 70 countries around the world, including European markets, North America and Canada.

The Swindon plant is Honda’s flagship production facility in Europe, employing 3,600 people, and plays a key role in Honda’s global manufacturing network. The company has invested a further £200m into the factory in preparation for production of the new Civic, bringing Honda’s total investment in HUM to more than £2.2 billion since 1989.

Katsushi Inoue, President and Chief Operating Officer of Honda Motor Europe said: “As we reveal this new Civic, we look forward with confidence as we expand the role of our Swindon manufacturing plant. Honda has made significant investments in this facility and this next step is an important endorsement of the skills and expertise of our workforce. We’re also setting out a clear and sustainable future role for HUM, broadening our export markets beyond Europe.”

The launch of the 10th generation Civic builds upon Honda’s strong recent sales performance in Europe. Honda is Europe’s fastest growing mainstream brand in 2016* with sales growing by 33%, compared to 2015, as the brand progresses towards its next sales ambition of 200,000 sales in Europe.