When General Motors revealed the Chevrolet Bolt’s 238-mile range and lifted the embargo on reviews of the electric vehicle on Tuesday, anyone with a keyboard started clacking away. Apparently, electrics spark crazy.

“It's just too obvious that GM has paid all of these media outlets to use such bashing claims. For GM to even begin to compare themselves to Tesla is just comical,” said one devoted Teslaphile after reading the Wired review.

For the record, I wish carmakers paid for the reviews. But they don’t.

And the comparison seems obvious, albeit overplayed by many in the media. The Bolt promises more range than Tesla has promised with its Model 3 that is supposed to debut next year – the end of next year. But the Bolt isn’t a shot across Tesla’s bow. The Bolt, instead, is the proof-of-concept that someone can come to market with an affordable 200-plus-mile vehicle. Electric-car fans should rejoice, not throw fits.

“If being fugly, taking longer to charge, and more expensive equals ‘trumping,’ then I guess you're right, the Bolt totally trumps the Model 3!” said one reader on TechnologyReview.com, likely using the sarcastic quote marks. 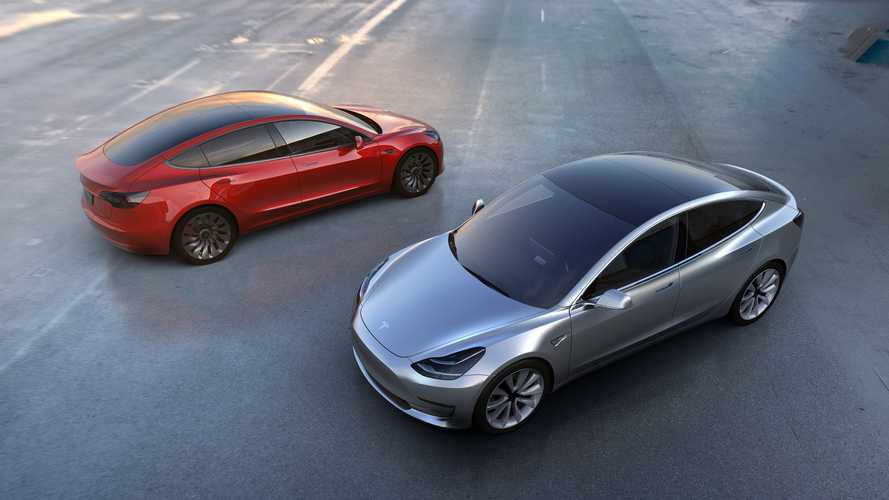 Tesla has a long history of overpromising and under delivering. That’s not my opinion – that’s a cold, hard fact.

If you were really worried about Tesla, you’d find out that the company has a number of much bigger problems than what other carmakers are building. Smart money (and many industry experts) says Tesla will not have the Model 3 ready in 2017. And I can tell you that the $35,000 Model 3 will be a unicorn. (I’m still waiting for the promised battery-swapping, $50,000 Model X that was supposed to arrive in 2014.) Tesla has a long history of overpromising and under delivering. That’s not my opinion – that’s a cold, hard fact.

More importantly, Tesla has little reason to worry about the Bolt, and its cult of admirers should head outside and play Pokémon Go for a few hours. Leave the trolling to the adults.

The Bolt and Model 3 can live in the same space. It’s okay. GM didn’t build it to compete with Tesla, it built it because electrification is the future of transportation. Not hybrids. Not plug-in hybrids. Not hydrogen. And the internal combustion engine is going to go disappear within a generation. Global warming predictions aside, electric vehicles are cleaner, will be safer, and will not restrict anyone’s freedoms. Governments will demand them. People will want them. Carmakers will build them. It’s only a matter of time.

The Bolt will create more electric car buyers. Furthermore, Chevy customers are distinctly different than Tesla customers. For example, many Chevy owners never even mention they own a car much less it’s a Chevy, while Tesla owners can’t go five minutes in front of stranger before telling them they own a Tesla, think Tesla is the greatest vehicle in the world, and Tesla, Tesla, Tesla. 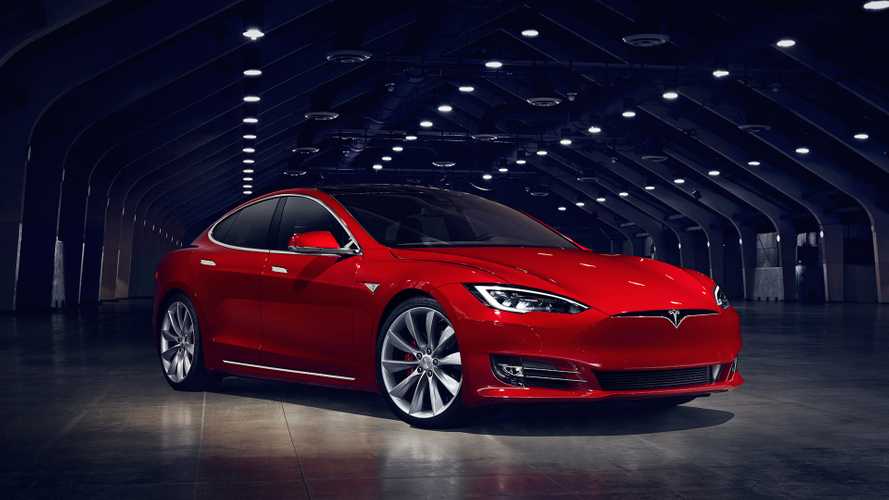 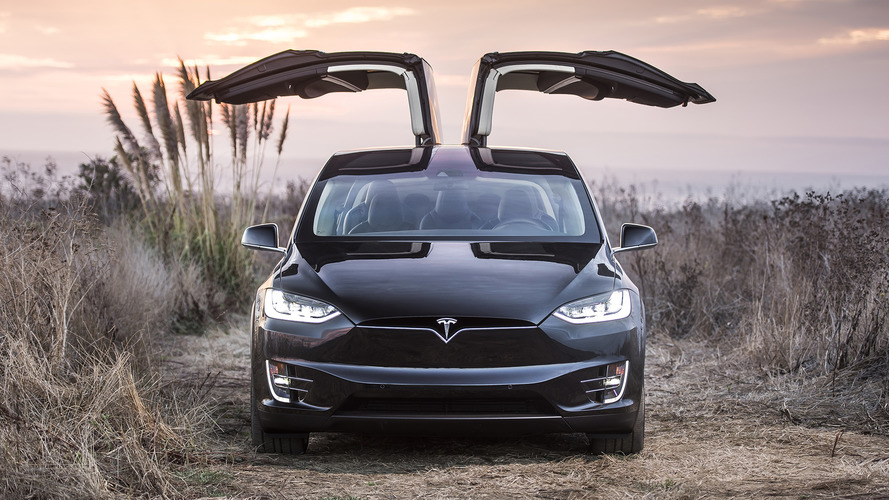 Tesla stepped in and did the impossible. It created a truly useful and beautiful electric car. Its biggest advantage was arriving second onto the scene.

The Model S is a fine vehicle. The Model X is not the success anyone thought it might be. The Model 3 probably won’t be available to the general public for five years after Tesla fills its 400,000 back orders already in place.

In the auto business, second place is often better than first. It gives designers, engineers, and all of the other people involved with creating and selling cars a chance to study and evaluate how everyone else is doing it. Then those things can be improved and made to work better. It allows the carmaker to under promise and over deliver.

GM, which used to be first in electric vehicles during the 1990s, learned being ahead of the curve costs more than $1 billion. Society (a.k.a. the market) wasn’t ready for electrics in a meaningful way 20 years ago. Even as the dust settled on all of those crushed EV1s, Tesla stepped in and did the impossible. It created a truly useful and beautiful electric car. Its biggest advantage was arriving second onto the scene.

Meanwhile, others like Nissan, Ford, Volkswagen, and BMW have developed various versions of electric cars but have been hampered by range. Most go around 100 miles before needing a charge. None have been very successful in the market. The Bolt will push all of those carmakers to improve range on their (mostly more expensive, save the Nissan Leaf) vehicles or suffer the consequences. 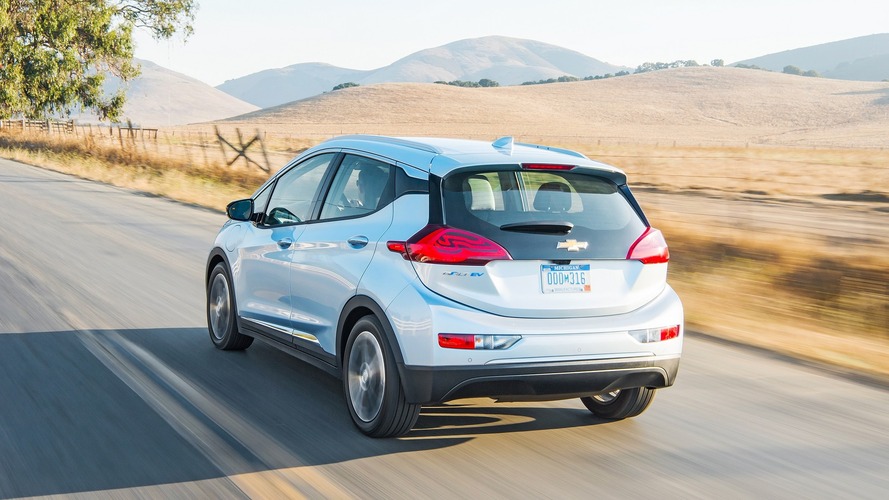 The Bolt is truly groundbreaking. It’s an incredible achievement that GM has taken years to create. Give it some credit.

The Bolt is truly groundbreaking. It’s an affordable electric vehicle with a nearly 250-mile range. It’s spacious, quick, and provides a unique driving experience. It’s an incredible achievement that GM has taken years to create. Give it some credit.

That is exactly the reasonable reaction of many Green Car Reports readers, who mostly praise for the new vehicle.

“I am very impressed by the Bolt! I was excited about the Bolt from the beginning. I own a Chevy Volt, and I have a Tesla Model 3 reservation,” said one commenter.

The site is filled with early adopters, and they may be the only group thinking it has taken carmakers too long in general to get to this point. They seem more concerned with long-term plans to create fast charging stations around the country and think the one flaw of the Bolt is its less than impressive quick charging capabilities. It’s a valid point. They discuss it and then move on. Of course, that is likely to improve in the coming years.

This week was a good week for the auto industry. Relax. Enjoy it. Even if your side didn’t “win” does that really matter? An important vehicle has arrived, on time and on budget. That alone is something to celebrate.