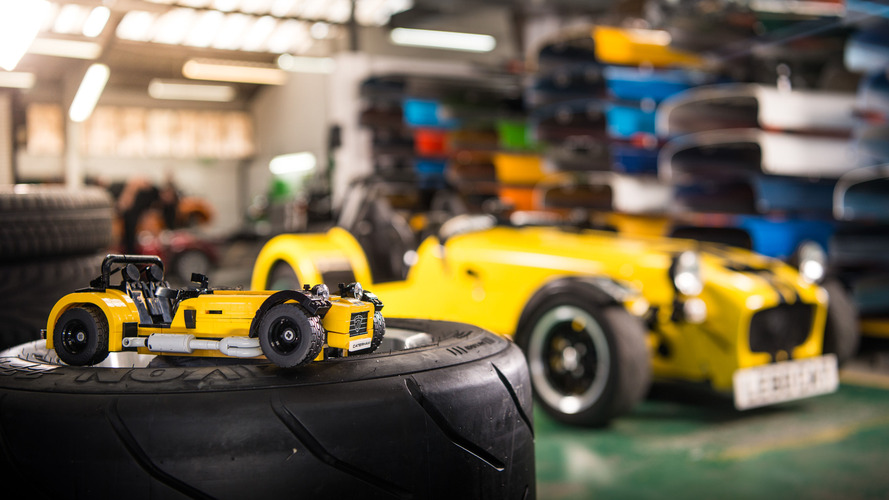 While someone can purchase one of Caterham Cars’ roadsters complete from the factory, enterprising buyers also have the choice of building them at home from a kit. If building a sports car in your garage is too daunting of an undertaking, Lego’s new Caterham 620R set lets you get some small-scale practice before trying the real thing. Plus, the finished model would be a great addition next to the brick replicas of the Volkswagen Beetle and Ferrari F40.

The Caterham 620R kit has over 770 pieces, which is quite manageable compared to the Volkswagen Beetle’s 1,167 parts or the massive 2,704 bricks for building the Porsche 911 GT3 RS. The roadster wears an eye-popping shade of yellow with black stripes down the hood, and the side-mounted exhaust looks particularly fantastic. The sports car also has removable sections for the nosecone and engine cover, including the appropriate details for the powerplant underneath. The trunk opens, too. Inside, there's a turning steering wheel. The completed model measures 11 inches (28 centimeters) long, 5 inches (14 cm) wide, and 4 inches (10 cm) tall. The set also comes with a set of axle stands, so you can display the car with the wheels off.

This 620R model is the product of the Lego Ideas program that lets anyone submit a kit that might eventually go on sale. Carl Greatrix created the scale roadster and garnered the necessary 10,000 supporters for the company's review board to consider the idea. The firm liked the concept enough to get permission from Caterham for putting the set into production. Greatrix originally submitted two different liveries for the sports car: bright yellow and classic British Racing Green, and Lego chose the more vibrant example. 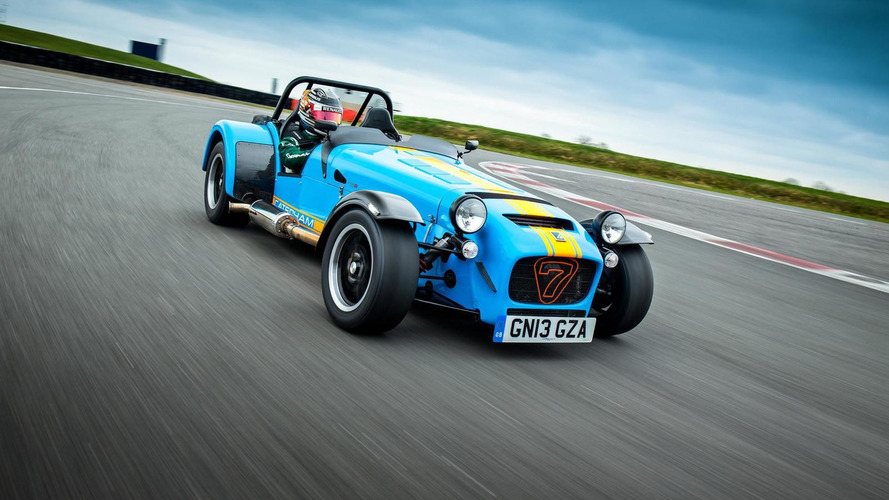 Caterham has today unveiled a brand new model which features a rather different build process to its usual run of 500 cars a year – the brand’s very first immortalisation in LEGO® form.

Technicians from the legendary British sportscar manufacturer have downed their tools and picked up the plastic, teaming up with the equally iconic toy maker to create the first ever LEGO Caterham, due to hit the shelves this October.

Originally submitted by fanatic Carl Greatrix to the LEGO Ideas platform, in which fans can submit their ideas for new LEGO sets, the Seven gained the requisite 10,000 votes and the LEGO Ideas Review team selected the 620R to go into production.

Consisting of over 770 pieces, including a replica 620R engine and gear stick, the LEGO Caterham stands 10cm tall and 28cm long. Other unique features which may cause fans to blow a gasket include:

Caterham Chief Commercial Officer, David Ridley, said: “Caterham has always prided itself on producing bespoke, hand-built cars for its customers. Our army of fans who build their own Caterham Sevens are equally discerning when it comes to the detail and craftsmanship which is central to Caterham, and we worked closely with the LEGO team to ensure the LEGO model replicated that.

“The LEGO 620R has various unique features – the intricately-designed engine was certainly a surprise when we lifted the bonnet for the first time. It’s really satisfying to know that fans can recreate and build their own 620R with LEGO bricks.”

Build and display a detailed LEGO® model of the Caterham Seven 620R sports car. Packed with authentic details, it features a removable nose cone, engine and engine cover, and an opening boot containing axle stands. An ideal gift for LEGO fans and car enthusiasts with a love of classic sports cars.

·      Build and display an authentic replica of the Caterham Seven 620R sports car in LEGO® bricks.

·      Place the car on the axle stands to remove the wheels like a mechanic.

·      This set includes over 770 pieces and offers an age-appropriate building experience for ages 12+.