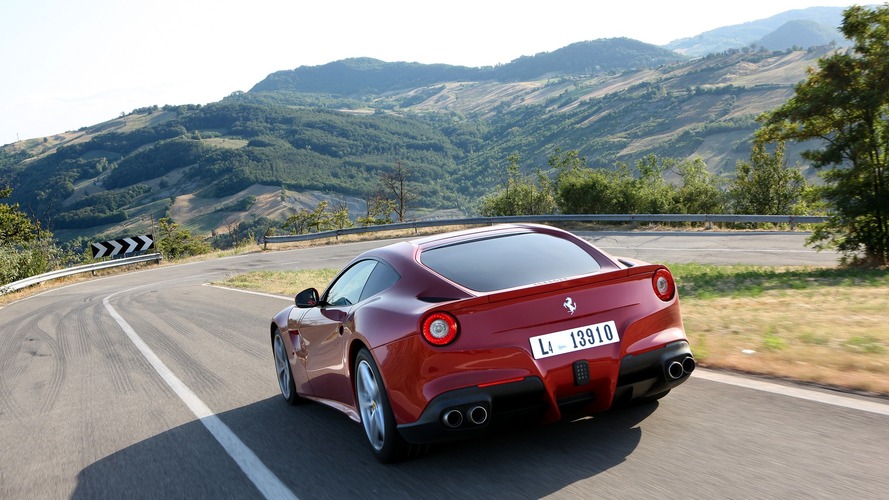 The front-engined V12 supercar will use updated 6.3-liter V12.

The next generation of Ferrari's flagship, front-engined supercar, the F12, will eschew turbo and hybrid technology in favor of an updated version of the current car’s searing naturally aspirated, 6.3-liter V12 engine.

It had been expected that the replacement for the F12 would use a turbocharged V8 motor and/or a hybrid system in an effort to meet ever stricter emissions regulations. But reports by German magazine Autobild suggest that is not the case.

In order to meet those emissions rules the car will be smaller and lighter, according to an “insider” quoted by Motoring.com.au. The current car measures 182 inches (4618 millimeters) long, 76 in (1942 mm) wide and, in lightweight F12tdf form, tips the scales at 3120 pounds (1415 kilograms).

And yet, the new car is expected to gain more power. A staggering figure of 804 horsepower (600 kilowatts) is rumored, which would be a boost of 20 hp (15 kW) over the F12tdf. As such, the car could well prove quicker than that limited-run special, which sprints from 0 to 60 miles-per-hour (and 0 to 100 kilometers-per-hour) in less than three seconds. Top speed could nudge 220 mph (354 km/h).

Advanced active aero is expected to feature in an effort to put the power down and keep the car pointing in the right direction in corners. Four-wheel-steering is almost certain to be included, as well.

A conspiracy theory is circulating that the F12 will remain naturally aspirated to peg its performance below that of the LaFerrari hypercar. However, that sort of thing has not bothered Ferrari in the past - the F430 Scuderia recorded the same lap time as the earlier Enzo around Ferrari’s Fiorano test track.

Ferrari has not given a timeframe for the replacement of the current F12, however Autobild suggests the new car will arrive in 2019. By then, the F12 will be seven years old, a relatively long life for a top-of-the-range front-engined Ferrari.