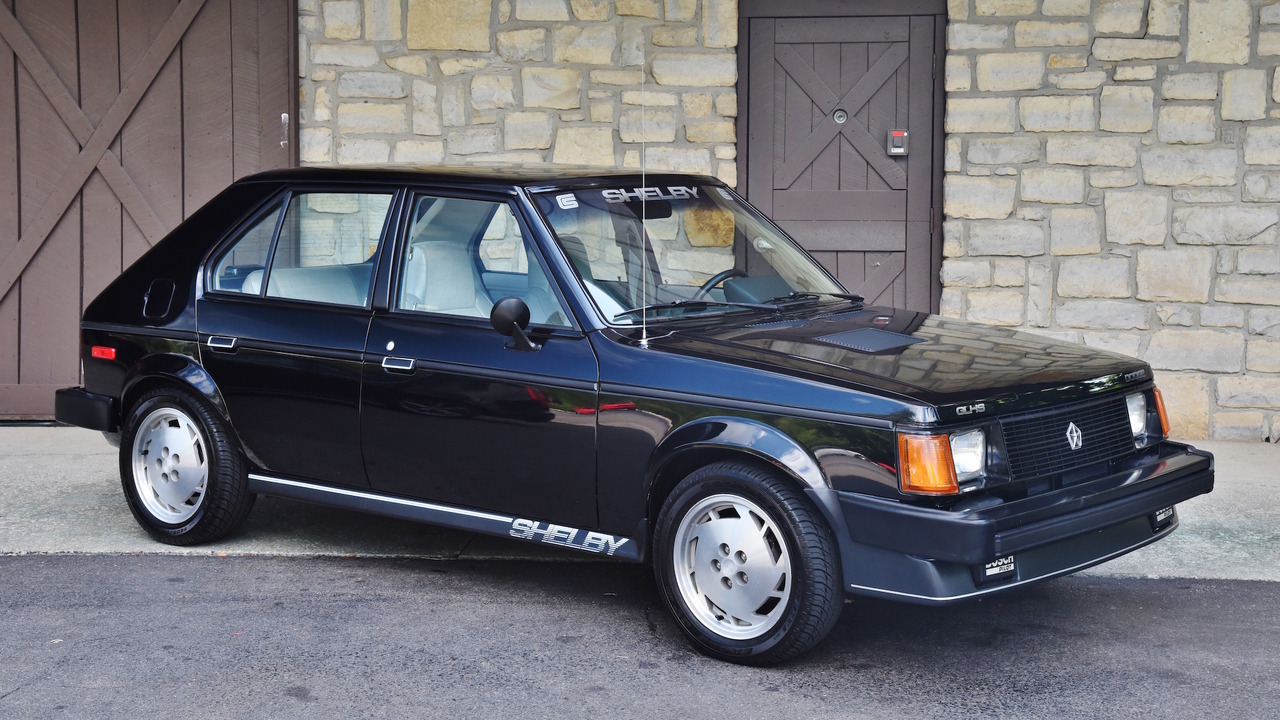 You likely won’t find a Shelby GLH-S much cleaner than this.

Of course the name Shelby is synonymous with all things Mustang. But in the late ‘80s, Carroll Shelby and his team worked their magic on some Dodge products, for better or worse. One of the most interesting of the bunch is the Omni GLH-S. A rare example is for sale on eBay right now.

Developed in 1986, the GLH-S was one of just 500 examples ever produced. The Shelby team would take the standard Omni, give it the fancy new GLH-S moniker - which stood for “Goes Like Hell S’More" - and unleash it onto the world with a boat load more power and a few healthy modifications to the suspension.

Under the hood was a 2.2-liter turbocharged inline-four cylinder Chrysler engine that produced a respectable 175 horsepower (130 kilowatts) and 175 pound-feet (237 newton-meter) torque. The GLH-S managed to hit 60 mph (97 kmh) in just 6.5 seconds, and would continue on to run the quarter mile in just 14.8 seconds, faster than a stock Chevrolet Camaro, and nearly as fast as a stock Corvette. Top speed was 130 mph (209 kmh).

On the exterior, the Omni received new Shelby Centurian wheels, Koni adjustable struts, a more aggressive fascia, and plenty of Shelby decals on the windshield, fenders, and rear - in case you forgot what you were driving.

The example seen here is a true, pristine survivor. Completely stock with just 34,000 miles to its name. It wears #67 of 500, and the original black paint job that came with it new from the factory shows no major scratches or dings, and zero rust.

The interior remains in exemplary condition as well. No cracks or fading to the grey plastic dash, the beige cloth/vinyl seats show no signs of wear or tear, nor does the original black carpet. On the dash, Carroll Shelby’s signature sits front and center.