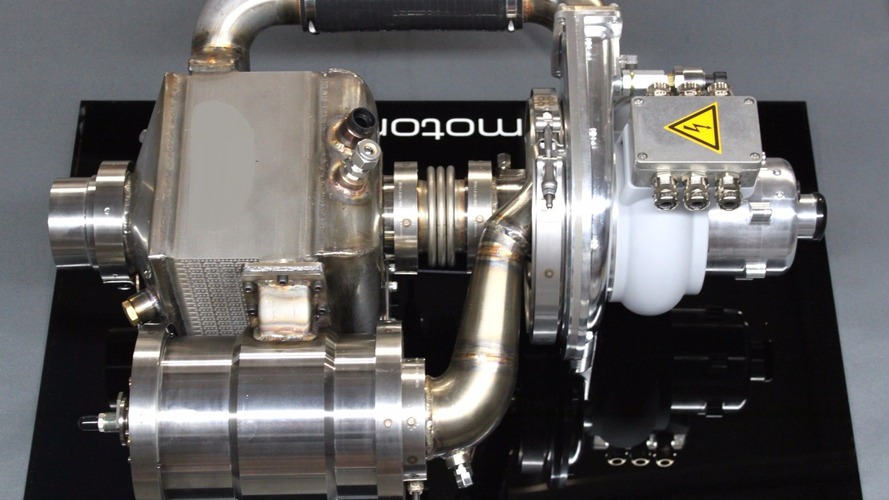 The company Delta Motorsport has partnered Ariel and Morgan on development.

British automotive technology specialist Delta Motorsport has revealed a new microturbine generator designed specifically for use as a range extender in electric vehicles.

A number of automakers experimented with turbine-powered cars during the 1950s and 1960s, most famously Rover in the UK and Chrysler in the US. In many ways, they made a lot of sense. Turbines are highly thermally efficient, therefore producing more power than a piston engine of similar size, and can run on any flammable liquid. But they also produce a vast amount of heat that’s difficult to dissipate and are incredibly thirsty.

50 years later, engineers are now coming back around to the idea of putting turbine motors in cars. Not as the primary power source, but as range-extender generators for electric cars.

This new generation of small ‘microturbines’ share their bigger counterparts’ high levels of thermal efficiency and power density. As such, they are significantly smaller than a piston engine producing similar power, which makes them less of a compromise to package into a car.

At this year’s Geneva Motor Show, Chinese start-up TechRules displayed a pair of concept supercars that use microturbine range-extender generators to charge a 20 kilowatt battery pack feeding no less than six electric motors producing a total of 1030 horsepower (768 kilowatts). TechRules claims the cars can reach a limited top speed of 217 miles-per hour (349 kilometers-per-hour), and have a staggering range of 1242 miles (1999 kilometers).

Delta Motorsport’s microturbine - dubbed MiTRE - has been developed in two power outputs, 23 hp (17 kW) and 47 hp (35 kW). The company claims the latter is 40 per cent smaller and 50 per cent lighter than a piston engine of similar power, yet achieves much greater thermal efficiency of nearly 30 per cent. On certain fuels, that figure can reach 35 per cent.

Simon Dowson, managing director of Delta Motorsport, said: “One of the main issues seemingly holding electric cars back is the lack of range, but this technology changes that. We demonstrated proof of concept when we fitted one of the prototypes to our E4 Coupe electric sports car, and our projections show the cost of the system is low enough to be attractive to the automotive market, so we have a really potent solution to advance the take-up of electric vehicles.”

Partnerships have been signed with sports car makers Ariel and Morgan to develop the microturbine for automotive applications. A number of other companies are carrying out similar work; how long before we see microturbine technology reach the market?